By Felixotoro (self meida writer) | 14 days 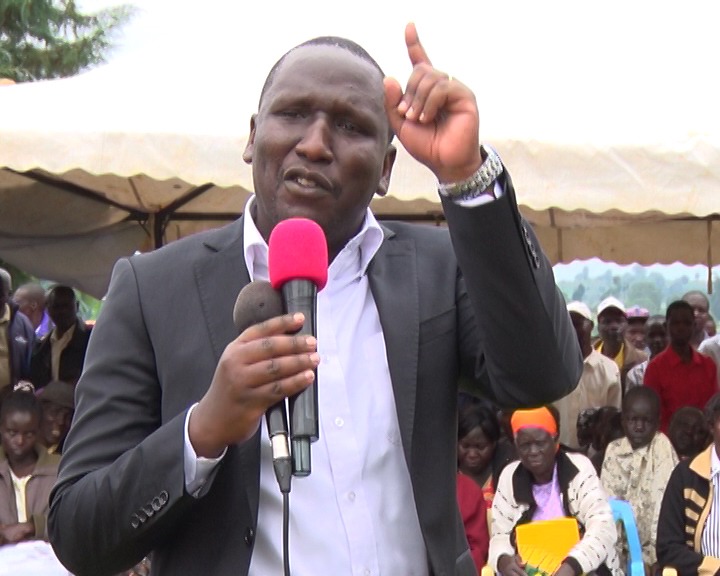 Kericho Senator Hon. Aaron Cheruiyot has dismissed anti Ruto supporters claiming that Ruto has only 50% of support rather than 100% in Mt. Kenya region following the Kiambaa parliamentary by election where the United Democratic Alliance (UDA) candidate Njuguna Wanjiku narrowly defeated Kariri Njama of Jubilee in the just concluded by election. 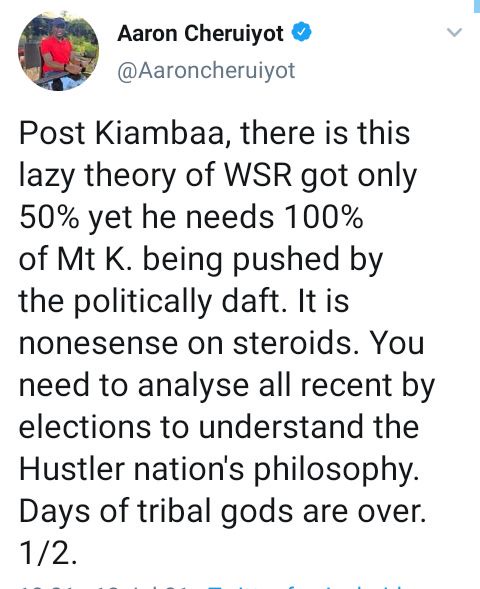 The Kericho lawmamker expressed his remarks through his twitter account where he said "Post Kiambaa, there is this lazy theory of WSR got only 50% yet he needs 100% of Mt K. being pushed by the politically daft. It is nonsense on steroids."

In conclusion, the Kiambaa parliamentary by election was perceived as a litmus test between President Uhuru Kenyatta and his deputy president Dr William Ruto over Mt. Kenya region supremacy.

Opinion: Top 5 Countries With The Prettiest Female Military In The World

Why DP Ruto Has Gained More Popularity Than Any Of His Opponents.

When was Hanging Invented?

"Can the Wheelbarrow Get Punctured? " Jubilee's Plan to Puncture Hustler Vehicle.

Jubilee's Blueprint To Puncture Ruto's Popularity In The Country Revealed