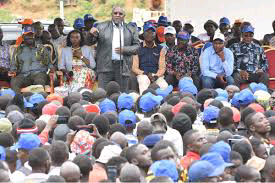 Political temperatures continue rising in the country following the move by President William Samoei Ruto's camp to kick the four IEBC commissioners who tried to challenge his victory terming them as incompetent. However veteran opposition leader Raila Odinga has stood firm saying that what Ruto is planning to punish IEBC commissioners who stood for truth will not happen

Former deputy Chairman of United Democratic Alliance now deliver worrying news to those who are underrating Raila Odinga's having lost five consecutive elections says that Raila Odinga will be a strong presidential candidate come 2027. Arap Kirwa who parted ways with President William Ruto by joining the Azimio la Umoja One Kenya coalition, reiterated that the former Prime Minister Raila Odinga is not yet done with Ruto warning people to stop writing him off.

Kipruto alleges that things usually become possible when people think there is no way at all. He alleges that those people who think Raila is almost done is making a very serious political miscalculation

He also revealed that in the next general election, the burden of incampency will be in the hands of William Ruto while Raila will be the chief opposition candidate who will be running against him thereby saying that if Ruto fails to deliver to the people of Kenya then Odinga will be a serious candidate to challenge him come august 2027 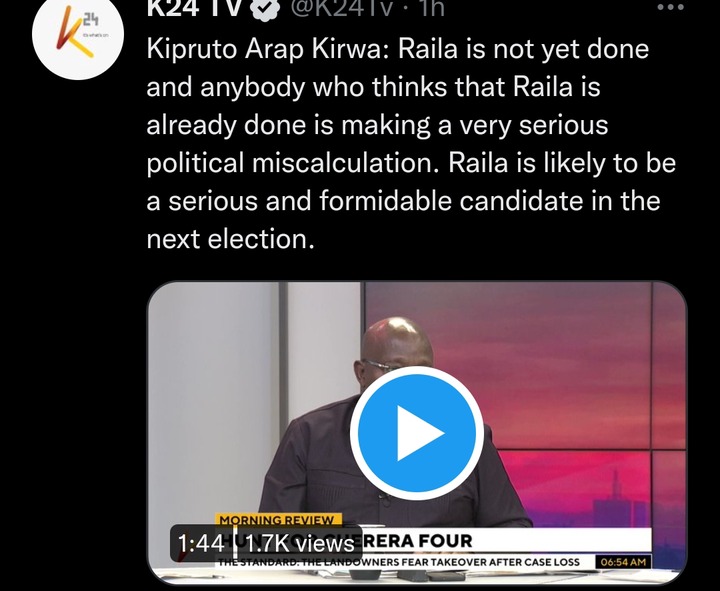 "Raila is not yet done with Ruto and anybody who thinks that Raila is already done is making a very Serious political miscalculations. Raila Odinga is likely to be a Serious and formidable candidate in the next election" says Arap Kirwa. Source link: https://twitter.com/i/status/1597867144510726144