By SamMunyaka (self meida writer) | 1 months

A rare photo of young Jomo Kenyatta with his first son Peter Muigai has surfaced online. The photo is believed to have been taken in 1920s. According to various publications, the founding father of this nation and former head of state had four wives. 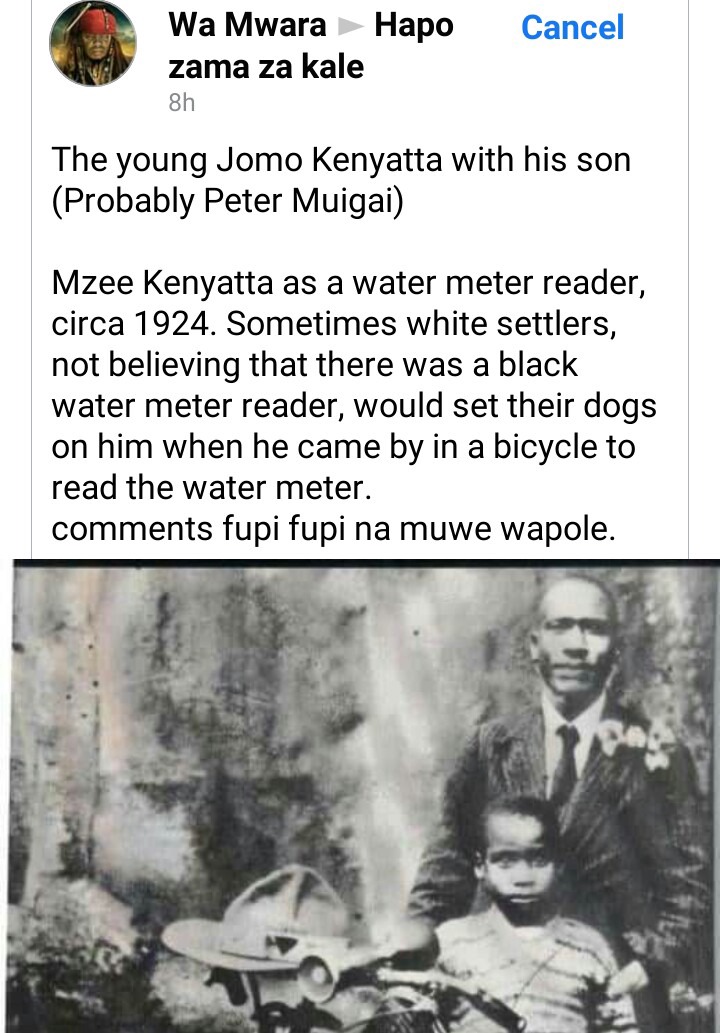 When Jomo Kenyatta married his first wife Grace Wahu in 1919, they were blessed with two kids, Peter Muigai and Margaret Kenyatta, in 1922 and 1928 respectively, according to Wikipedia. Under Kenyatta's leadership, Peter served as an Assistant Minister for Foreign Affairs until his death in 1979 while Margaret as the Nairobi mayor (1970-1976)

In 1942, Jomo married his second wife Edna Clarke and were blessed with only one son Peter Magana Kenyatta who currently lives in London after retiring from BBC. Edna died in 1995.

Grace Wanjiku, who died in 1951 while giving birth, got hitched to Kenyatta in 1946. However, their daughter, Jane Makena Wambui survived death by a whisker. She has three kids Soiya, Nana and Jomo Gecaga who is currently President Uhuru's private secretary. 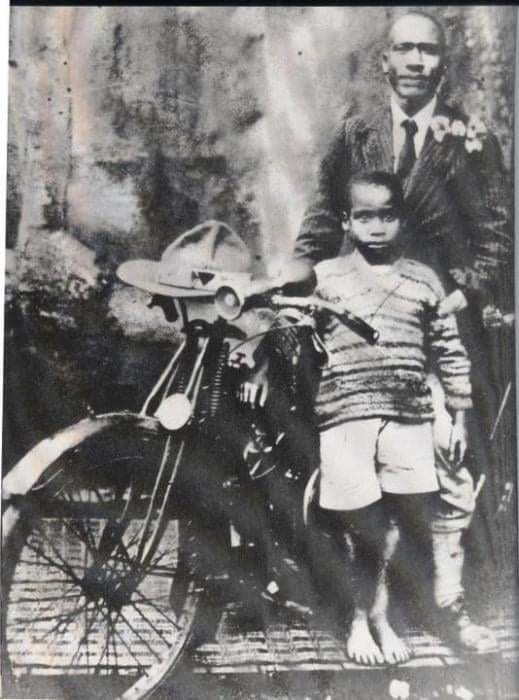 Following the death of Grace Wanjiku, Kenyatta walked down the aisle with Mama Ngina Kenyatta in 1951. They were blessed with four kids, Muhoho, Uhuru, Nyokabi and Christine Wambui.

Jomo Kenyatta took his last breath in Mombasa in 1978 after suffering from a protracted illness.