Former Chief Justice Willy Mutunga has weighed in to the 2022 race to State House, hinting at what Kenyan should expect come the next general election. 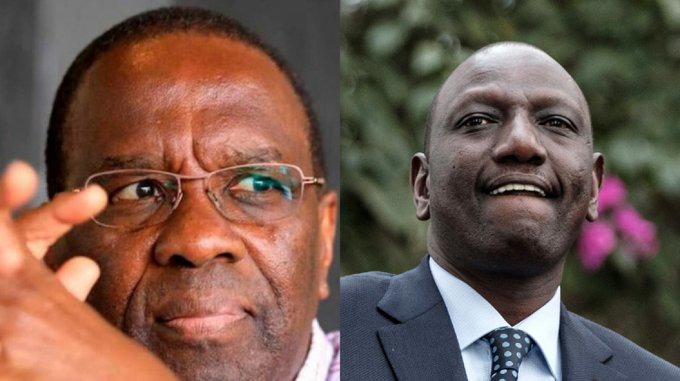 Mutunga stated that he has done his own investigation and as of now, William Ruto will beat Raila Odinga in the race to succeed President Uhuru Kenyatta.

Mutunga attributed the DP’s upper hand to what he termed as a good advisory team, something he says Ruto’s main opponent, ODM leader Raila Odinga, is slacking at.

Former MP Kabando wa Kabando has responded to Mutunga's sentiments stating that he shares in the Former CJ's view and Kenyans should stop trolling him for airing his prediction.

Kabando has added that anyone not pledging to crash biggest problem in Kenya, which is corruption is just on a mirage.

"My pal @WMutunga spot @WilliamsRuto will beat @RailaOdinga if election was today. Credible pollsters have said it too. I share this view. So stop trolling CJ emeritus for simply airing a prediction. Raila's team should find out impact #RailaInNyeri. But we've 253 days to go! Yep. 253 days is a long long time in politics. A day in politics is eternity. New issues will jell. Dynamics will shift, and shift again. Ruto is rebranding, spreading self while #RailaOnTheMountain is mostly propelled by selfseekers who had branded him a monster, evil. Chicanery," Kabando Wa Kabando said.

"Front gunners for Presidency 2022 fear inviting ire of DeepState. They are all about climbing a mountain for votes but not ending impunity, graft. Or maybe they're just clever?" He added.

Kabando's remarks have triggered a series of mixed reactions from netizens including;