By Thegreatwriter (self meida writer) | 1 months 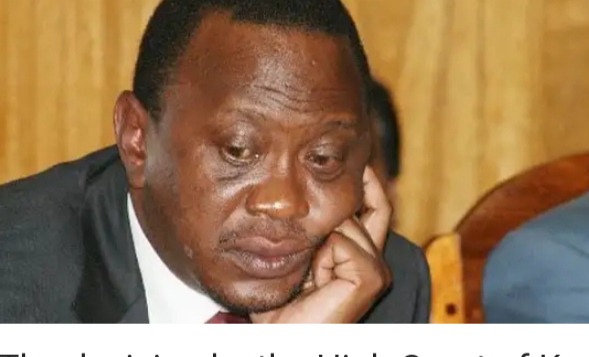 This emerges after the Five-bench high court judges Annulled the BBI initiative calling out president Kenyatta, over his role as the chief campaigner.

Itumbi allegedly said that the government plans to arrest the judges and use the military arm to frustrate them. 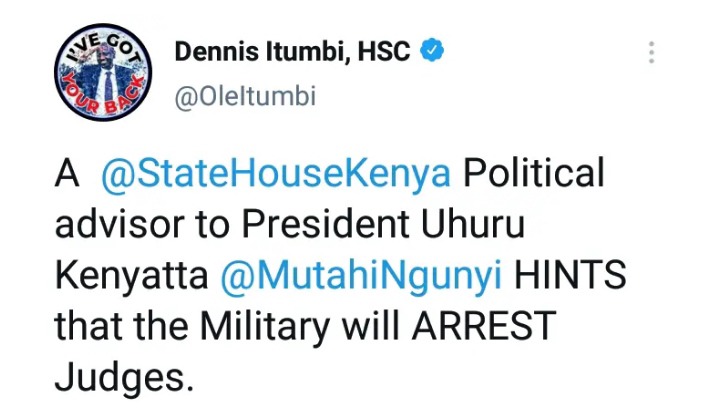 He further went ahead to allegedly reveal the source of his information asserting to have received the hint from political analyst Mutahi Ngunyi.

Itumbi has been known in the past to be the Deputy president's key ally and is among the winners in last week's high court ruling.

The allegations emerge as Jubilee party secretary-general Rafael tuju was recently quoted as urging the high court judges to scale up their security following their verdict on BBI. 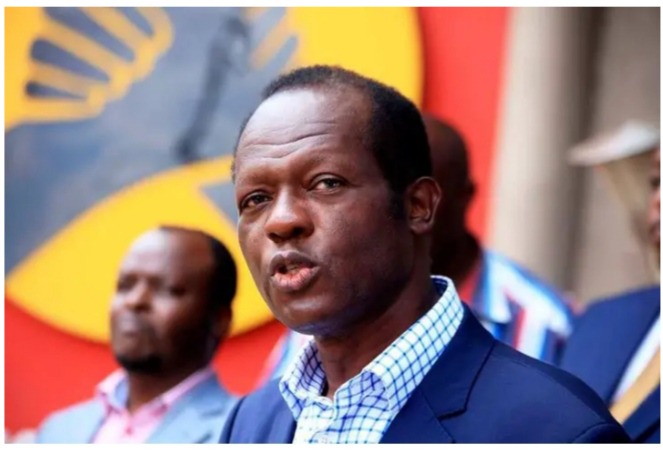 The allegations remain unconfirmed as the BBI proponents ready their files as they sought to assemble their team to appeal the high court ruling.