By UMEOMOKAnews (self media writer) | 5 months ago

A 29 years old man was shot dead following a confrontation with one of the security guards in Kimachia Chung’ari village residence. The employees in the house revealed that the victim who was identified as Mr Morris Mutuma sneaked to the farm and threatened to hack the governors workers.

"He swung a machete and intimidated the workers who were harvesting maize." Some of the workers revealed. 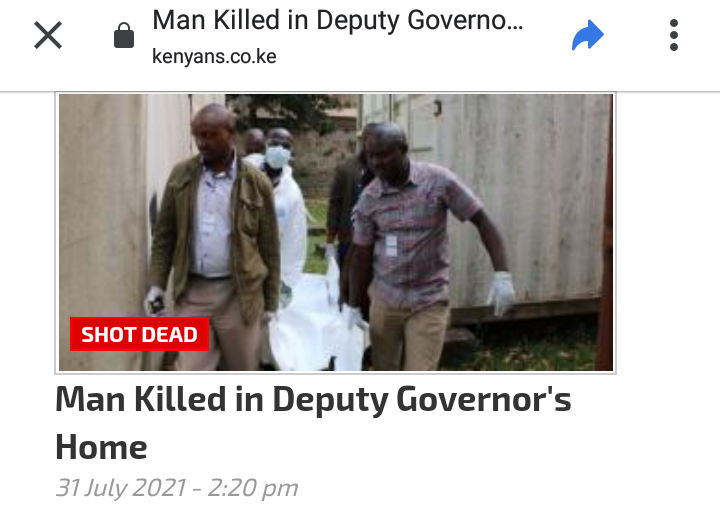 The villagers demonstrated in the Meru Deputy Governor Hon Titus Ntuchiu’s, home on Friday at night to request arrest of the killer.

"I saw police approaching and I pleaded with him to leave the workers alone. I cautioned him that he risked being arrested yet he has a young family," one if the friend to the man who was killed revealed.

It was also revealed that the armed guards had ordered him to drop the weapon and surrender before they shot him dead after He refused. It was revealed that Mutuma was shot in his head and died at the spot. Protesters later broke outside the Deputy Governor's home accusing them on using excess force to one armed man, they revealed that it could be good if they could have shot Him in the hand, leg or scare Him by shooting in the air.

"Our son, a boda boda rider, was drunk. Why did the police not try to restrain him or shoot him in the legs or arms?" irate villagers ranted. 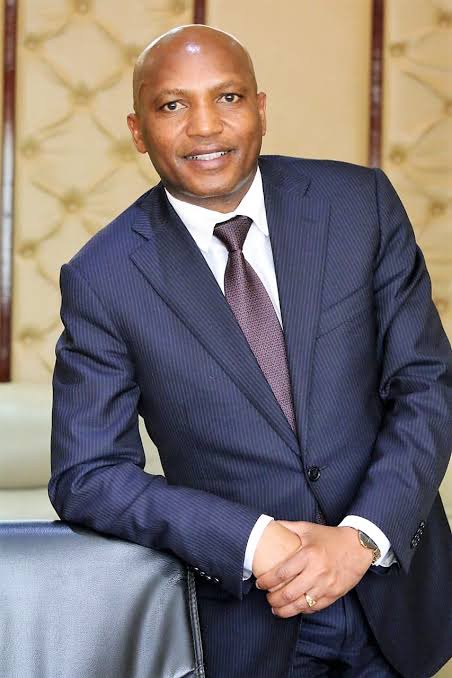 The Deputy Governor, Hon Titus Ntuchiu, unveiled that He was not at his compound when the incident took place.

“I was told that a villager attacked my armed guards who shot him in self-defense,” Ntuchiu stated. 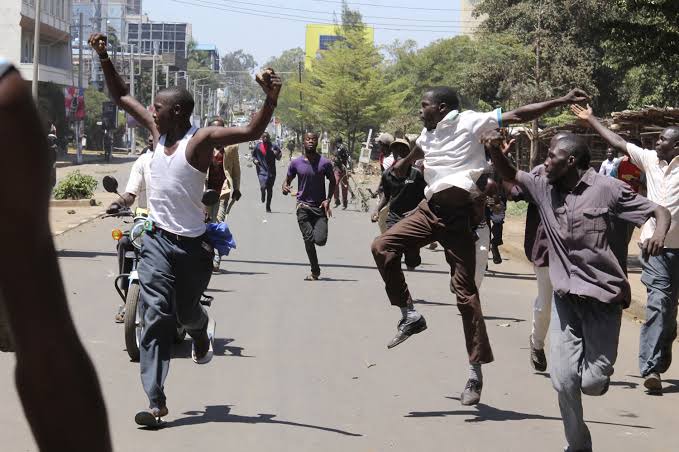