By STEPPED (self media writer) | 9 months ago 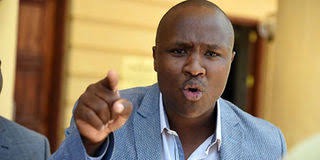 With elections having been postponed in Nandi Hills constituency last week after one of the aspirants died in a grisly road accident, electorates will on Monday choose who their UDA candidate for the August general elections will be.

On Sunday during the burial of Wesley Kogo—one of UDA aspirants who died at Kangemi the previous week in a road accident, UDA leaders from the Rift Valley region and mainly Nandi and Neighboring Uasin Gishu County asked electorates not to vote for Alfred Keter.

Alfred Keter is the current Nandi Hills legislator and until the past month, he had been one of the biggest opponents of the Deputy President's Presidential bid. After changing his mind, he presented himself at UDA seeking party's candidacy.

But according to leaders from the region, Keter is not welcome to UDA. Speaking during the burial, leaders jointly asked electorates to reject Alfred Keter's candidacy, saying anyone who betray's kalenjin community does not deserves a seat.

Among those who were present during Kogo's funeral include Samsung Cherargei, Governor Stephen Sang, Oscar Sudi, Caleb Kositany, and Didmus Baraza.

To the candidates, they said that they agreed that anyone who succeeds in the party primaries will be supported by former opponents during August elections.

Other aspirants who will compete with Alfred Keter include Irene Chemutai, Robert Chepkwony, and Benard Kitur.