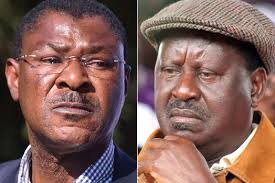 After fighting each other for very many years, Moses Wetangula finally ended up working together again with Raila Odinga prior to the 2017 general election when they formed the NASA coalition but still, that relationship didn't last long as they fell out again after that disputed poll.

For a period of time now, Wetangula and Baba have been engaging in a cold war and today, things were even worse when the Ford Kenya party leader decided that there should be no more secrets. 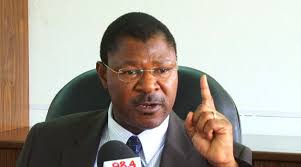 Through his official twitter account, Moses Wetangula broke lose as he unmasked Raila Odinga's Involvement in Ford Kenya's attempted coup last year. According to the Bungoma senator, Raila met Wafula Wamunyinyi and Eseli Simiyu and it is after that when the two tried to take over the party.

"You remember this picture ? A few days before the notorious "attempted coup" in Ford Kenya was staged. It became messy and noisy! The casualties are not known. We in FK will not carry the burden of unforgiveness, hatred or revenge, we are in God's hands." Tweeted Moses Wetangula. 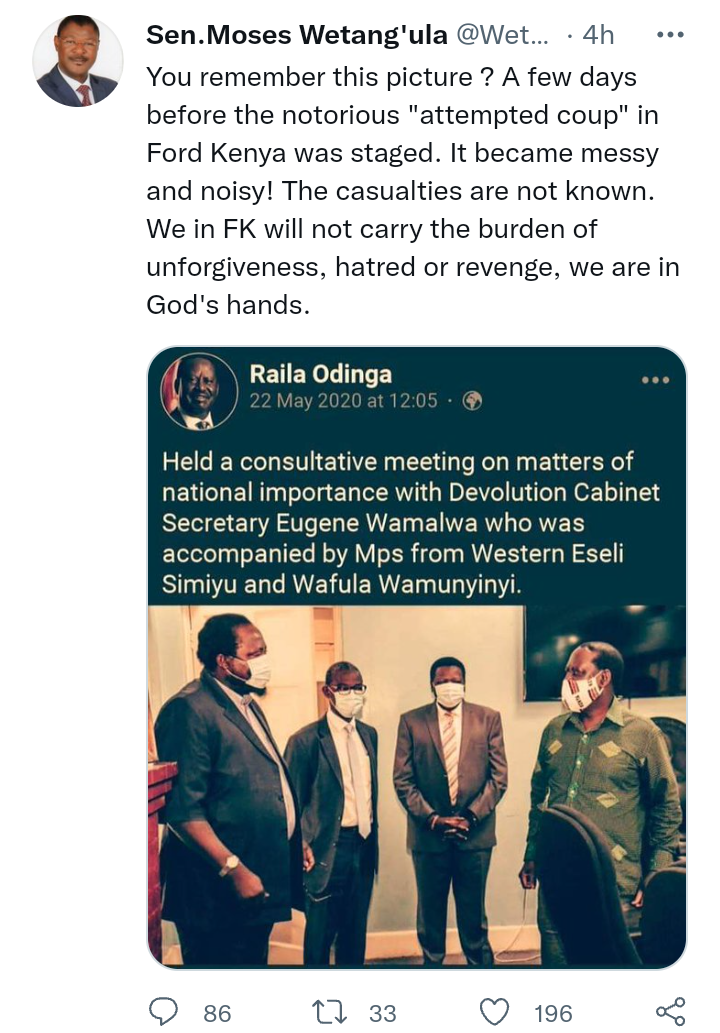 Tonight Prayer May We Have a Forgiving Heart Tonight

The most important guidelines In life today.

Huge Shock As Priest Is Found Dead In A Lodging

5 Signs That You Are Going To Be Successful In Life