By Denniskipkoechtonui (self meida writer) | 27 days 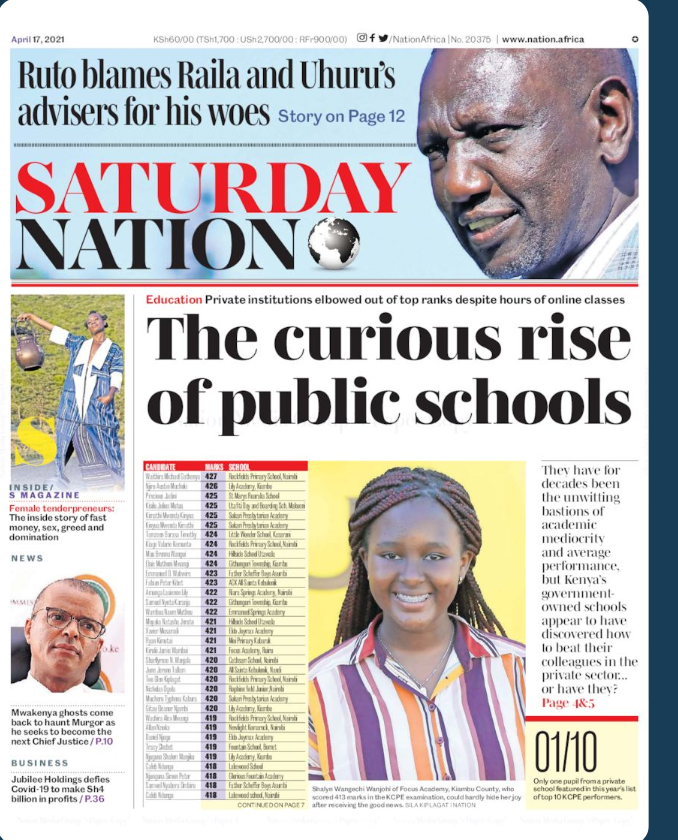 They have for decades been unwilling bastions of academic mediocrity and average performance, but Kenya's government - owned schools appear to have discovered how to beat their colleagues in the private sector. Only one pupil from a private school featured in this year's list of top 10 KCPE performance.

Mwakenya ghosts come back to haunt Philip Murgor as he seeks to become the next Chief Justice. His tenure as a state prosecutor featured prominently yesterday when he presented himself for grilling in his bid to become next President of Judiciary.

Ruto admitted to have with his boss President Uhuru Kenyatta when they worked as pair where they conducted government's duties only in second term President Uhuru change his style of leadership by bringing in other advisors. 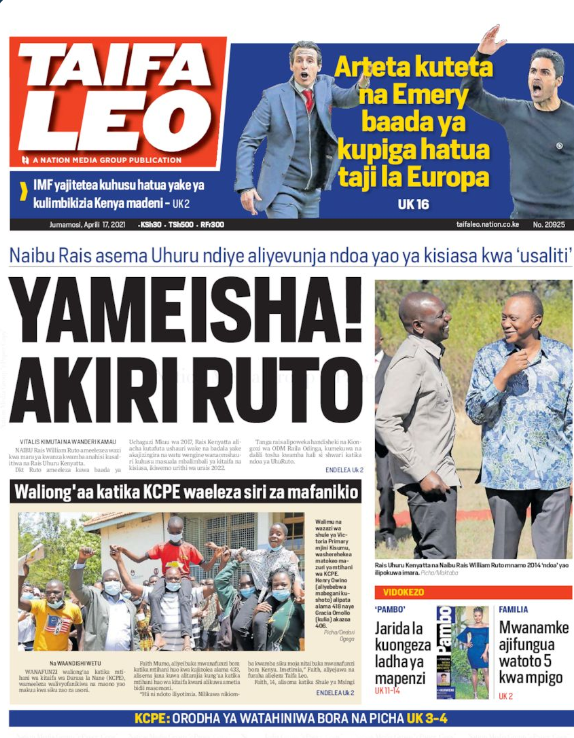 Headline - It is over, Ruto declares

Deputy President William Ruto confess he is under attack from government juniors who are now advising president. Ruto unmasked his boss for changing his style of leadership after 2017 elections on government businesses.