By Bloggernicholas (self media writer) | 27 days ago 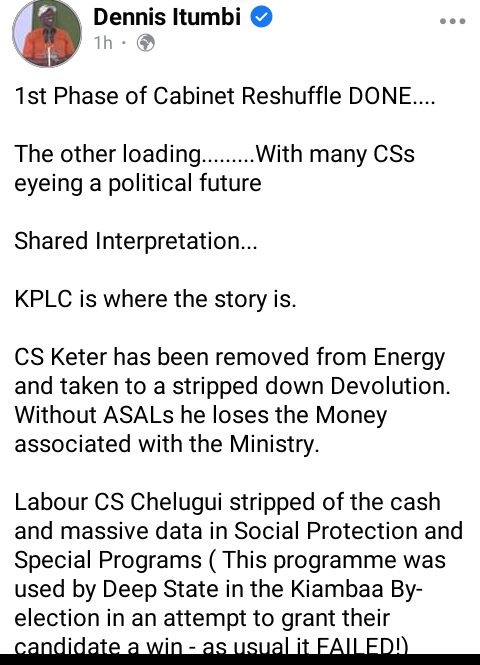 Dennis Itumbi revealed that first phase of reshuffle of minister has been done. In Kenya near election reshuffe of minister is done . Reshuffle is done to allow ministers who are aiming to vie for various seat during general election are given enough time to prepare themselves. Various minister has been replaced today.

The following are the list of the ministers who have been reshuffled. CS meter, CS of labour Chelugui and many other ministers. Dennis Itumbi has been hustler nation spoke person and has been giving out information to the hustler nation everyday. 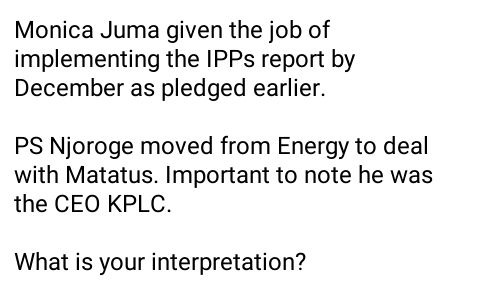 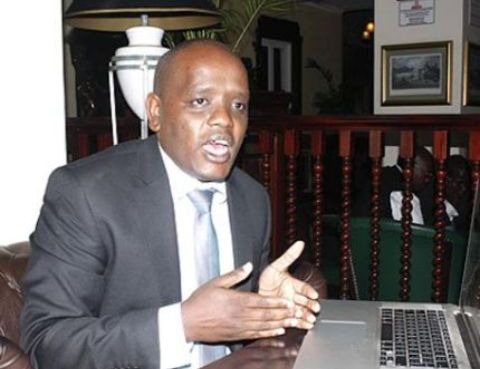 Reshuffle of Minister allow hardworking ministers to be given more sensitive department. Reshuffle of ministers is done by the president. Today officially president Uhuru Kenyatta announced ministers who have been reshuffled. Dennis Itumbi Revealed that in Kiambaa by election deep state had plan of stealing votes but finally they were unable to do so. In Kiambaa by election deep state lost the seat to the hustler nation.