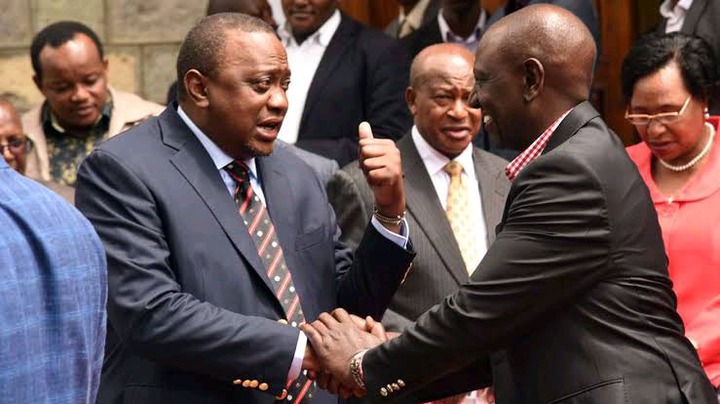 Fresh details have emerged on whether President Uhuru will be attending Raila Odinga's Azimio la Umoja Friday event which shall be conducted at the Kasarani Stadium as names of those he has appointed to represent him are revealed.

According to the reports, it has been established that President Uhuru will not be making his way to his Handshake partner's Friday event after being caught in on a tight schedule slated to begin from tomorrow Thursday.

It has been affirmed that President Uhuru will be attending a crucial event in Tanzania from tomorrow and hence making it impossible for him to show up during Friday's event. 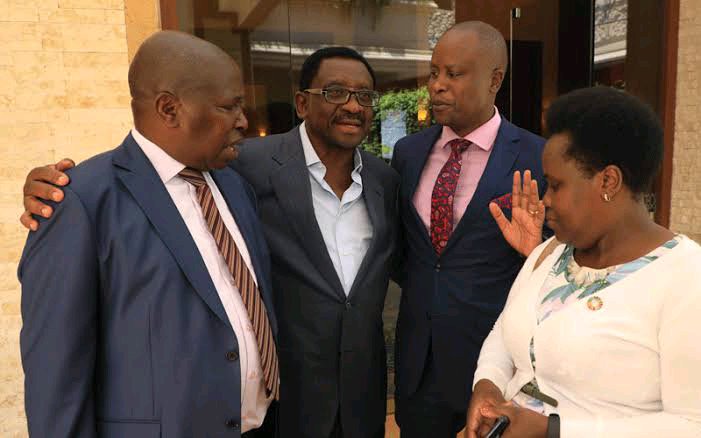 President Uhuru Kenyatta is among some high profile leaders who received invitations to attend ODM leader Raila Odinga's event at Kasarani On Friday but the reports has it that the president won't make it to the function and he, has Sent some three top political leaders from Mount Kenya region to represent him.He has tasked nominated member of Parliament Maina Kamanda, Ngujiri Wambugu and Kanini Kega to represent him and mobilize their people from Central region to attend.

"The president has also been invited to the occasion but he will not attend. Though he will not be present, President Uhuru is said to have tasked Kieni MP Kanini Kega, Nominated MP Maina Kamanda and Nyeri Town MP Ngunjiri Wambugu to mobilize supporters from Mount Kenya to attend the event," informed the source as quoted by the People Daily.

Suna East MP Junet Mohammed who is among key planners of the Friday event has said that "We have invited everyone, but I am not sure whether President Uhuru Kenyatta will attend but I can assure you our invitations were sent out to different kinds of people and it's up to them to show up."

The former prime minister is expected to give his supporters a clear direction on his presidential bid.He will be making a declaration on whether he will on the ballot in 2022 or he's going to endorse someone else. 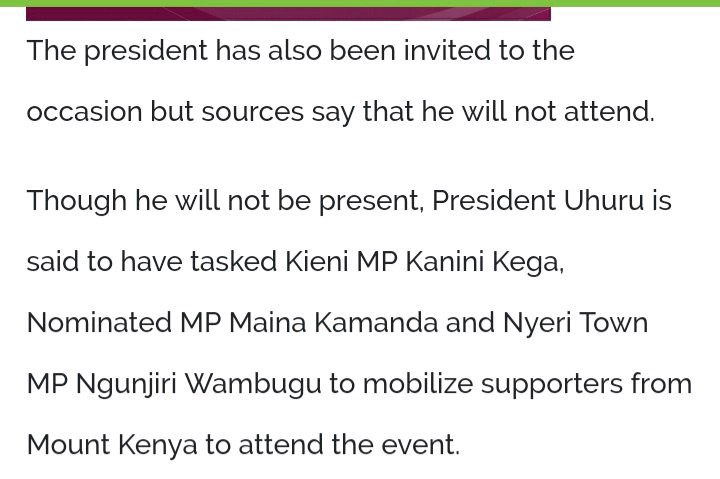 Exposed: Malala Now Says That ANC Members Are Being Paid To Defect To ODM.