Deputy President William Ruto has received a significant boost in his bid to clinch the presidency seat after the IEBC unleashed the latest statistical reports.

The Independent Electoral and Boundaries Commission (IEBC), on Monday, revealed that areas typically known to be DP Ruto’s strongholds have recorded the highest turnout in the ongoing voter registration exercise. 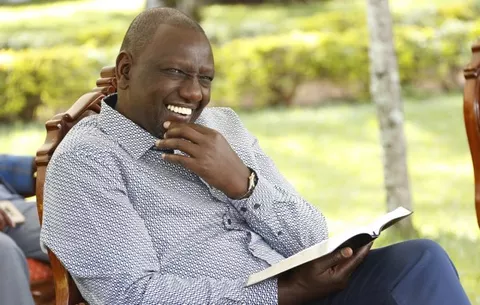 The electoral body said though it has recorded a lower number of voters in the country so far, areas in the Rift Valley region are currently leading in voter registration.

On the other hand, places that are perceived to be the opposition's backyard reportedly have a lower turn up. Seven of the bottom counties with the least turnout are from President Kenyatta’s territory.

They include such counties as Kiambu, Nyeri, Murang’a, Nyandarua, Embu, Laikipia and Kirinyaga. These areas have recorded less than two percent of the targeted voter registration numbers.

Other regions that have been reported to have the lowest targets include Coast, Nairobi, Nyanza, and Eastern.

The electoral commission said that they only managed to register 202,518 new voters registering out of their weekly national target of 1,500,000. IEBC is wants to register 6 million new eligible voters by the end of the one-month process.

The commission has linked the low turn up to insecurity in Baringo, Laikipia, and Lamu Counties as well as the Kenya-Somali border regions. Other reasons include the lack of identification cards and the last-minute rush culture among Kenyans.

“In 2017, the Commission took note that Kenyans did not optimally utilize the early days to register. The consequence was a mad rush and long queues in the last days to the close of the registration drive,” IEBC Chairperson Wafula Chebukati said in a statement.

Ruto Speaks Out On Supporting Raila, Alleges What He Will Do When Elected for Presidential Seat