"You Are Out Of Government Yet Earning From The Same Government?" Odinga Tells Off Ruto 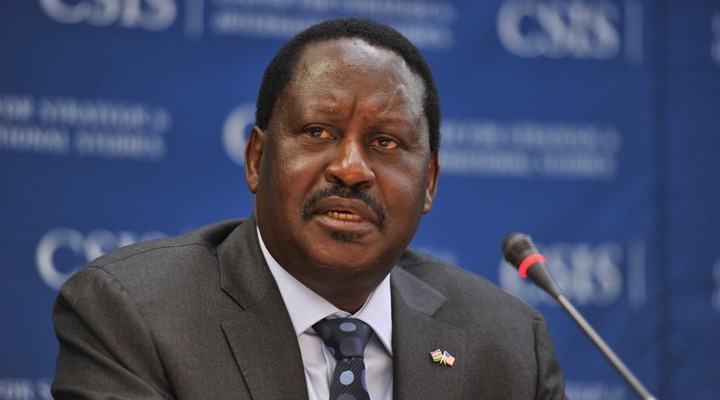 The Azimio la Umoja coalition party flag bearer Raila Odinga and his running mate Martha Karua were on a joint interview yesterday night when he said that Ruto is practicing hypocrisy of the highest level. He said that William Ruto is lying to Kenyans in his campaigns that he is out of government yet he is earning from the same government. Ruto has been saying that he was kicked out of the government and replaced with Odinga. The ODM boss has rubbished Ruto's utterances saying that he doesn't draw any salary from the government but Ruto does.

The most decent thing that honorable people do is to resign and be like ordinary people for them to say they are out of government. Odinga added that Ruto should have done the way Jaramogi Oginga Odinga and Bildad Kaggia did. 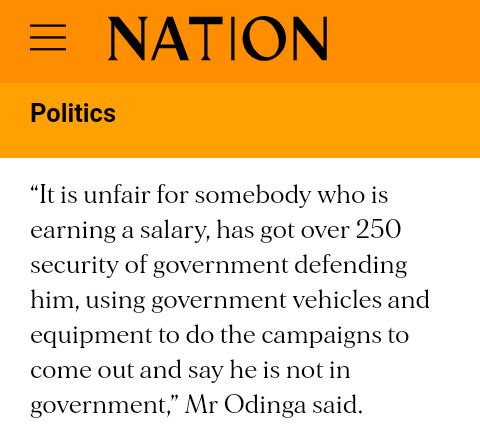 The former prime minister said that Kenyans should vote wisely in the forthcoming elections and not to vote in leaders who are 'too dirty' and tainted with corruption. He said that their if elected president they will fight corruption to their level best including land grabbing.

Dp Ruto Crosses The 6.8M Mark As For Provisional Presidential Results From KTN News As At 9:20 Am

Kalonzo: The Man To Watch If Raila Wins Presidency