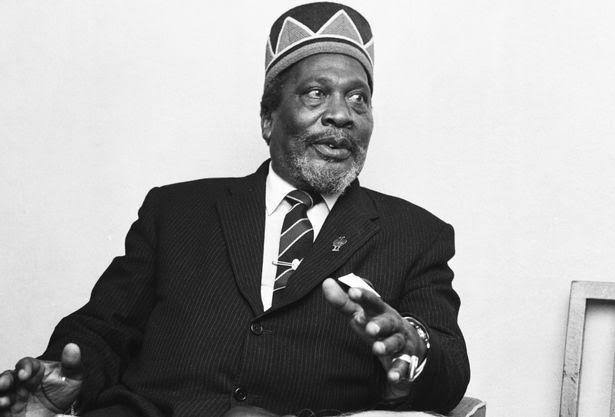 When ICJ ruled out on the Kenya-Somalia border conflict, it was the beginning of dilemma to president Uhuru Kenyatta, marking 60 years down the line when his father, the first president of Kenya, Mzee Jomo Kenyatta faced a similar issue but more serious one.

The first president of the Republic of Kenya Jomo Kenyatta came into an agreement with a British delegation which had been sent to collect views on what would have been the future of the then Northern Frontier District (NFD) which compromised of vast land equivalent to five current counties in the North Eastern region of Kenya. Were it not for the swift action by late President Jomo Kenyatta, River Tana would have become the natural boundary between Kenya and Somalia. Additionally, Garissa Town would have been an immediate border town. It is also explained that Mandera County and Wajir County would have become Interior part of Somalia.

According to those who understands Kenya's history, they say that on November 21, 1962, around afternoon hours, the British delegation went to Mzee Jomo Kenyatta in order to collect his view to have part of Kenyan land secede and become part of Somalia. Kenya could have lost a third of its land.

The British delegation tried hard to convince Jomo Kenyatta telling him that the vast land was a desert but he refused to listen to them. The delegation had been appointed by Duncan Sandys who was the Secretary of State for the British Colonies.

Jomo Kenyatta resisted the call to give up the Northern Frontier District and were it not for his strong resistance, Kenya would have lost many hectares of land to its neighbor who seems to be too ambitious to expand their boundaries.

Jomo Kenyatta led KANU in opposing a referendum that wanted the Northern Frontier District to become part of Somalia. KANu also opposed "Majimbo". A slogan that the British delegation was using through Kadu party that could have made the NFD seceded from Kenya. 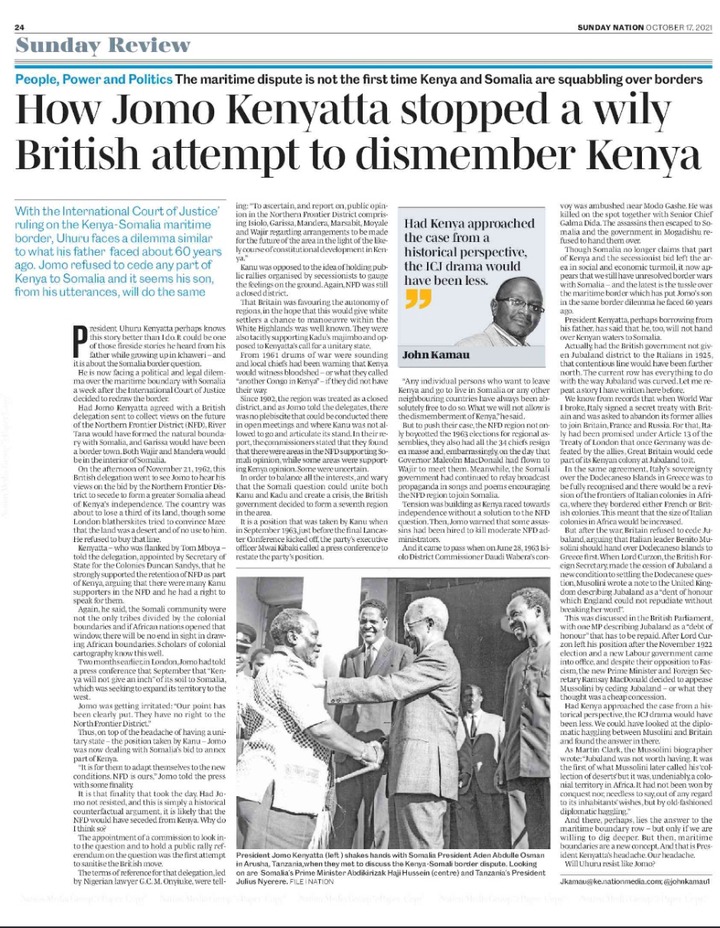