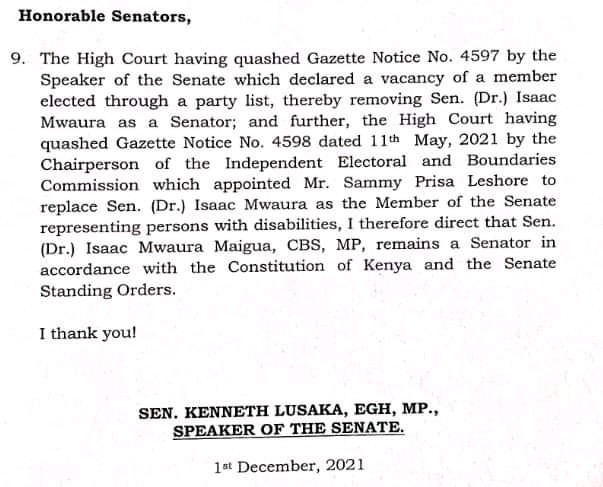 " Welcome back to the senate senator Issac Mwaura. In the end the truth has prevailed and your tormentors have been put to shame. Your lawyers are proud of you and we celebrate the rule of law and independence of our judiciary. The Lord will repay you for the years that the locusts have eaten" senator Kipchumba Murkomen wrote on his official Twitter account. 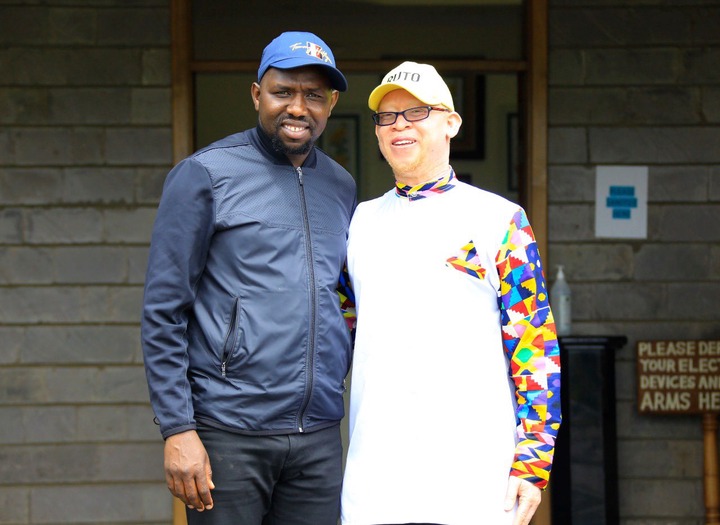 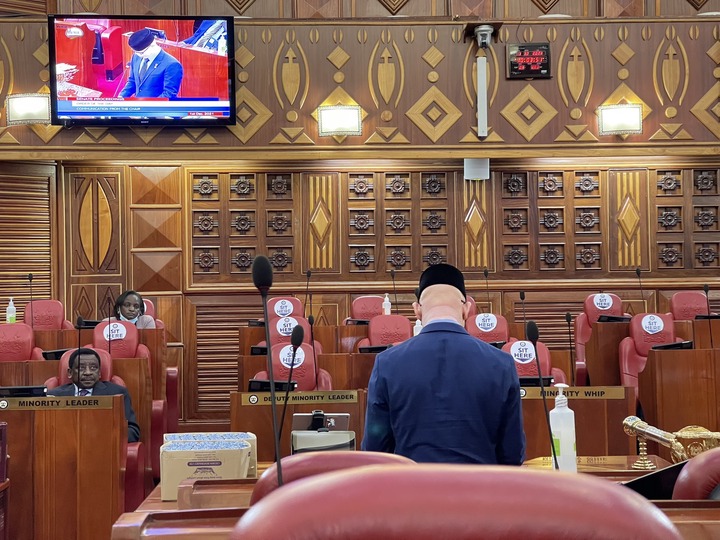 Senator Isaac Mwaura was among six senators ousted by Jubilee party due to party disloyalty. The senators were nominated by Jubilee party in 2017 to represent several lobby groups. Other ousted included: senator Milicent Omanga and the late senator Victor Prengei. All of them are close allies and supporters of deputy president William Ruto. 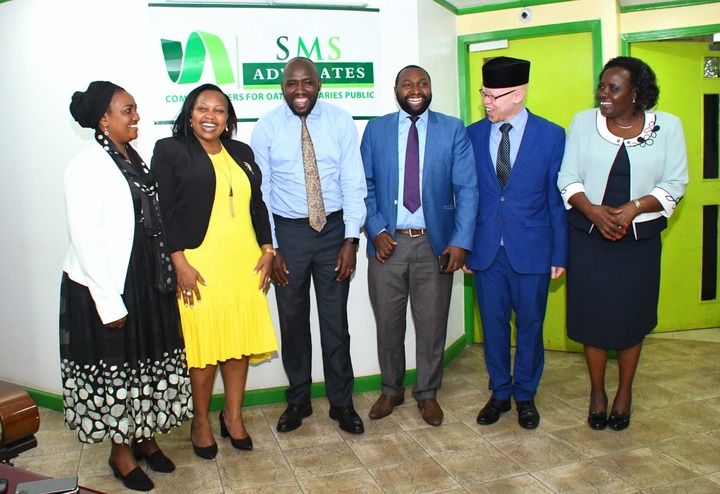 "I Supported Raila But I Realized He Doesn't Love God ," Ruto Says As He Asks Kalonzo To Join UDA