President Uhuru Kenyatta is expected to reveal the identity of the deputy president, Dr. William Ruto. According to sources in the Saturday Nation newspaper, President Uhuru Kenyatta's members of parliament have been ordered to prepare the ground for the head of state's thanksgiving tour.

President Uhuru Kenyatta is expected to tour Mt Kenya counties, where he is expected to explain why he split with DP William Ruto and chose former Prime Minister Raila Amolo Odinga as his successor. Dp Ruto's close pals, on the other hand, are not taking it lying down. 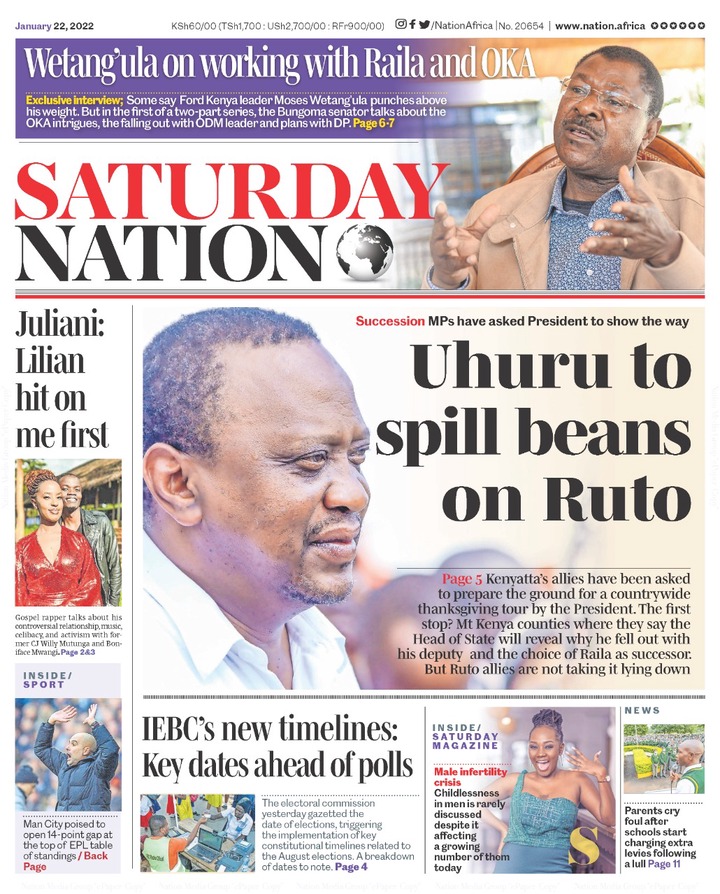 Since then, Uhuru has nominated Raila Odinga, the leader of the Orange Democratic Movement Party, as his successor, raising a lot of concerns, particularly among the United Democratic Alliance's Dr. William Ruto's supporters.