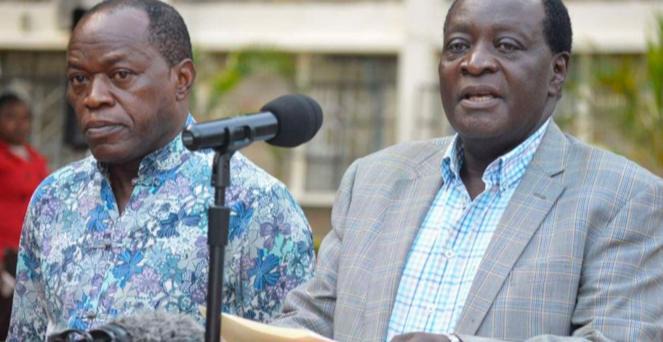 According to the reports received from Nation,it has been reported that the misunderstanding started after vihiga deputy governor who has been identified as Dr. Saisi accused governor ottichilo of failing to work as a team.

He went ahead and revealed that the current governor was making decisions on his own despite the fact that this was supposed to be a decision made by the whole county government of vihiga.

In response, Vihiga governor accused his deputy of being the one who’s derailing the development projects in vihiga by being a slow learner who can’t catch up with the county’s development procedures.

Due to this reason,governor otichilo dared his deputy to quit or esle keep quiet because according to him,he was the one who had given his deputy the job which he felt wasn’t being discharged accordingly. 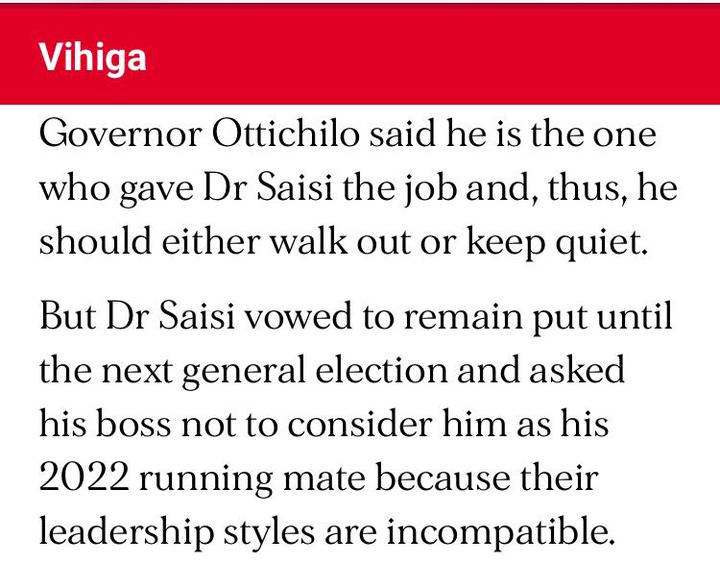 In retaliation,the deputy governor of vihiga declared his interest in running for the gubernatorial seat in the next general elections whereby he advised the current governor to prepare himself. 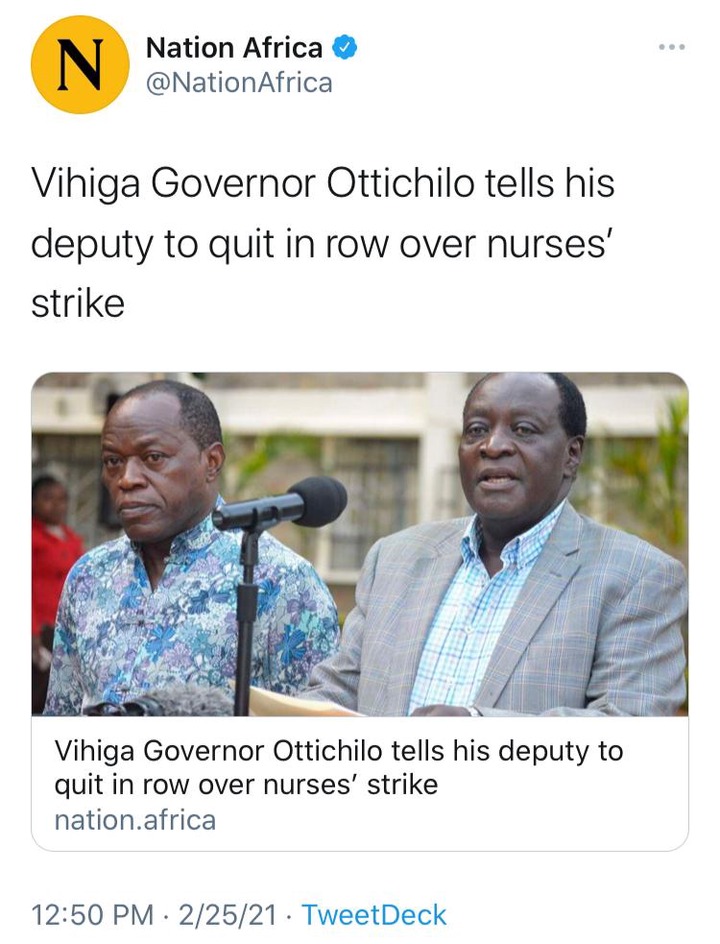 Meaning And Greatest Affirmations To Help You Succeed In Your Life

Recipes: How Do you Boil your Rice?

Signs and Symptoms of Too much Stress.