This is because a number of aspirants who had included Raila Odinga's image in their Branding of campaign materials are at a crossroads.

It's for this reason that the former vice president is scheduled to hold talks with wiper leaders today in an attempt to forestall a walkout.

This is happening at a time when there are frantic efforts to woo Kalonzo back to azimio fold.

In another story, the nation has unravelled dark dealings whereby kenyan athletes are being sexually exploited by their coaches and managers.

In one incident, a female athlete suffered enough physical violence at home until she decided to bolt out.

And finally, the ministry of education is set to inspect CBC classrooms in private schools meant to augment the government ones.

The junior secondary school will have its pioneer grade six join grade seven in January 2023 in a year when there will be a double intake. 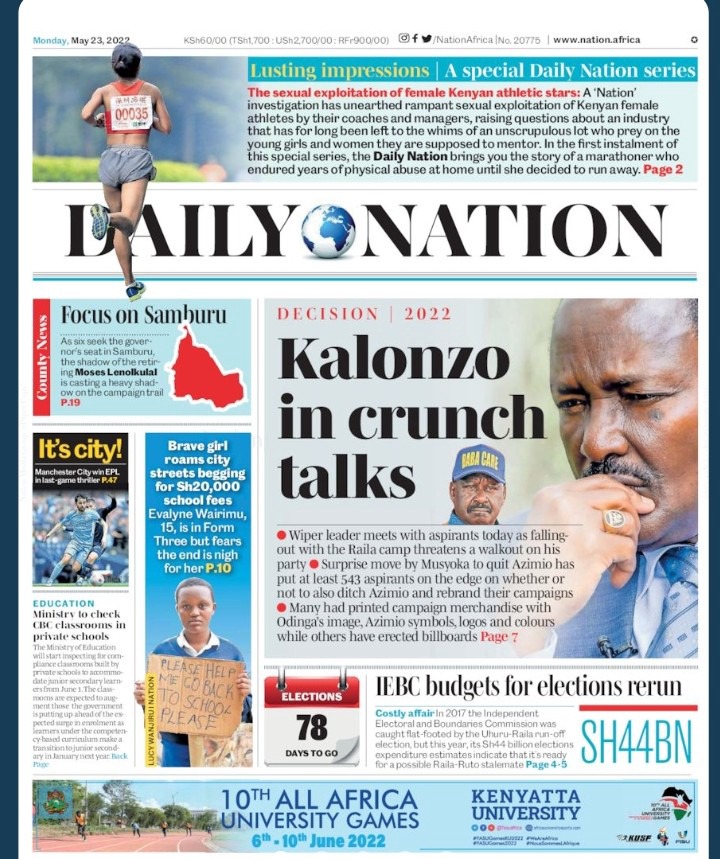 The Azimio running mate Martha Karua seems to be resurrecting Raila Odinga's fortunes in the mountain having conducted a series of meetings since her installation.

Her entry has emboldened jubilee leaders who were even afraid of using Raila's images in their campaigns to come out and campaign for the opposition chief. 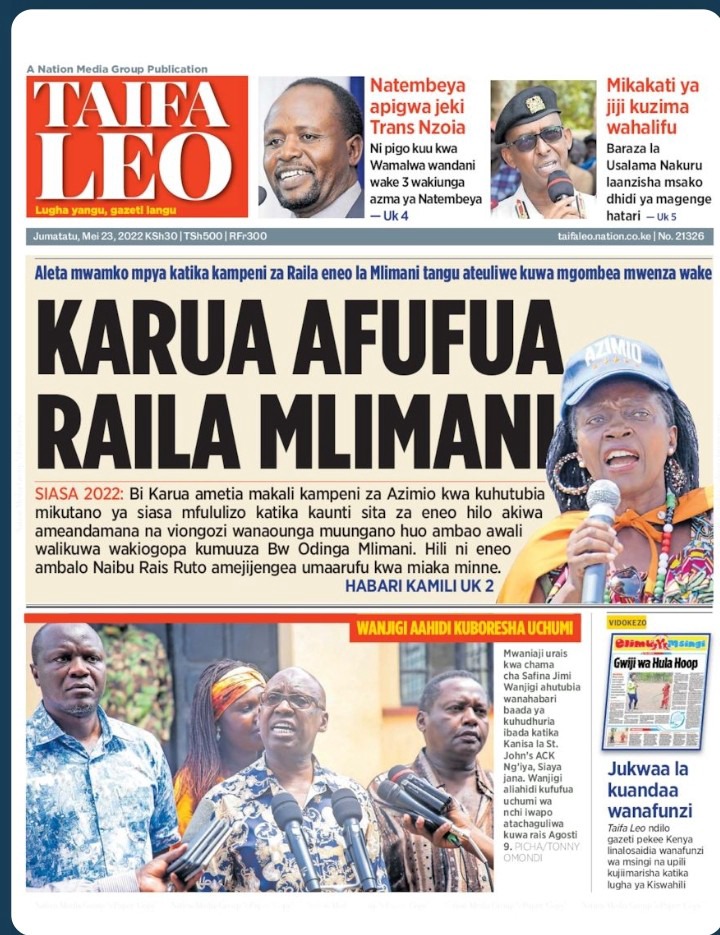 Deputy president William Ruto has asked the cabinet secretaries in Uhuru Kenyatta's government to keep off elections to allow for a level playing ground.

The DP was speaking this in his home turf where he had gone to consolidate support ahead of the upcoming general election.

On the other hand, Ruto's fiercest opponent Raila Odinga was in Narok county where he addressed residents at Olentimama stadium together with his running mate Martha Karua.

This was the first time the two held a meeting together since her unveiling on Monday last week. 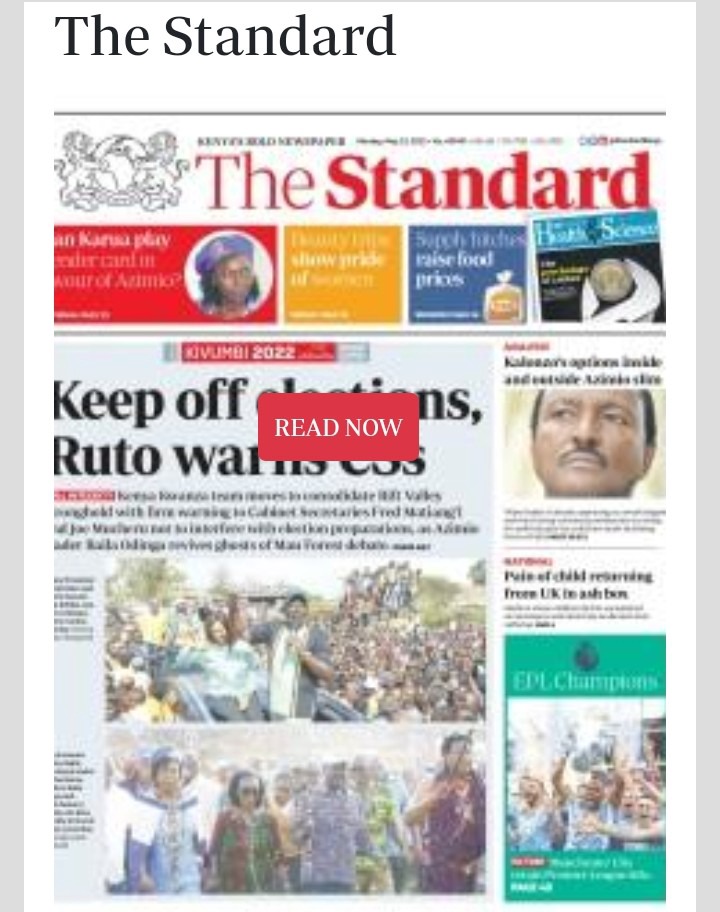 This has helped fuel the gambling craze that has taken the country by storm in the recent years. 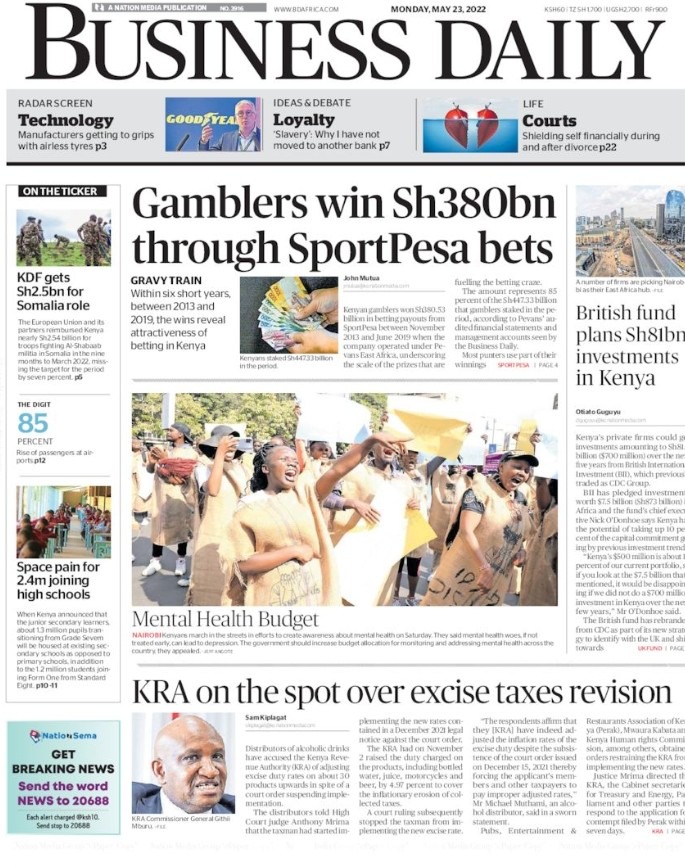 Azimio chief Raila Odinga has Cascaded his campaigns under experienced leaders Within the coalition's ranks.

Last week, his running mate and a host of leaders like agriculture cabinet secretary peter Munya led campaigns in mount Kenya regions with Karua only joining him on Sunday in Narok. 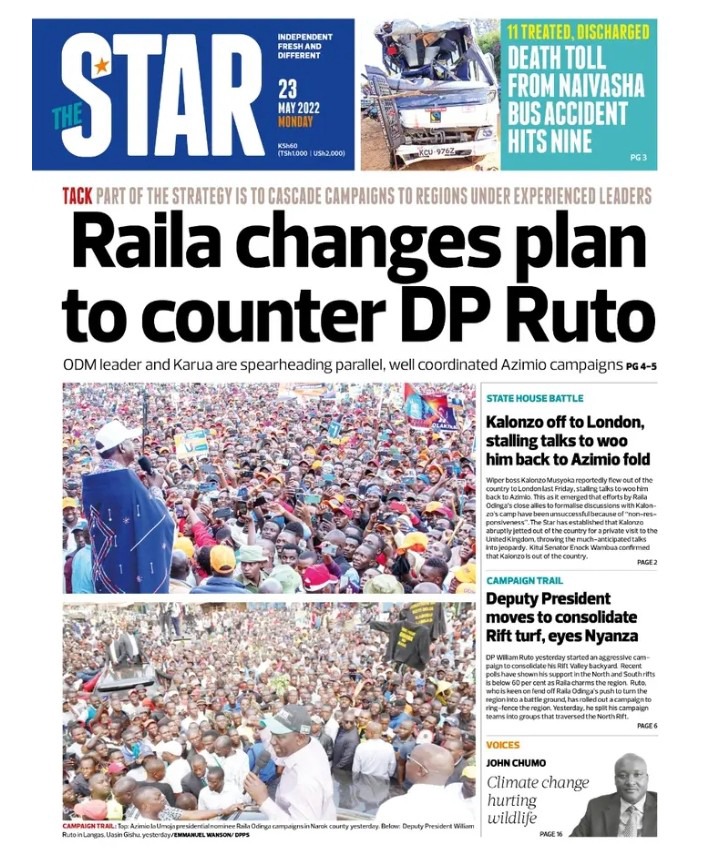 The ODM leader Raila Odinga has promised to give 50 percent jobs to women if he is elected as president in the upcoming election.

And finally in sports, it's Manchester city which lifted the EPL trophy on Sunday after victory at Etihad stadium Against stubborn Aston villa. 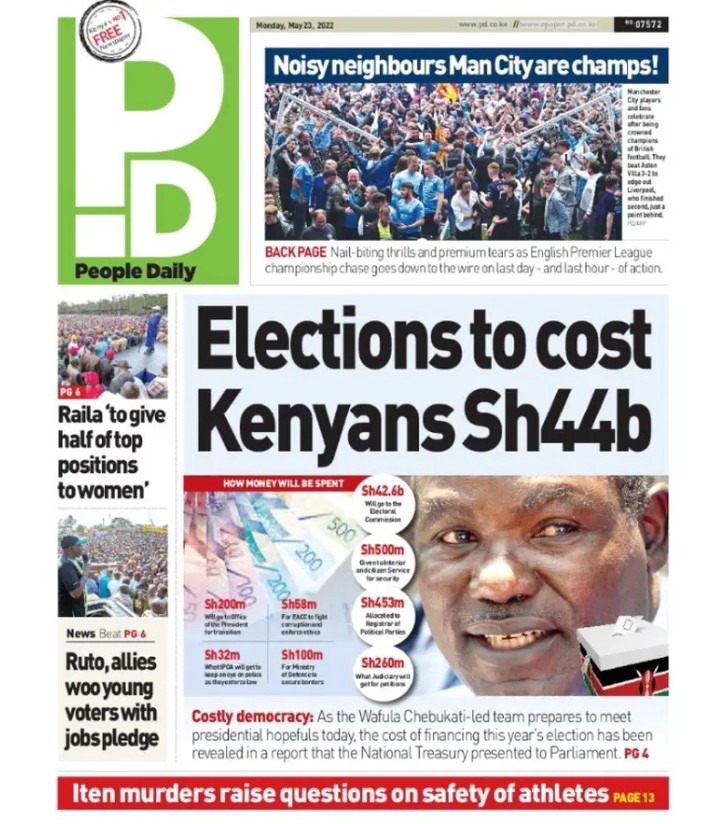