Former deputy president Kalonzo Musyoka will appear in the high court on Monday, the 16th, to withdraw from the Azimio One Kenya coalition, according to reports. 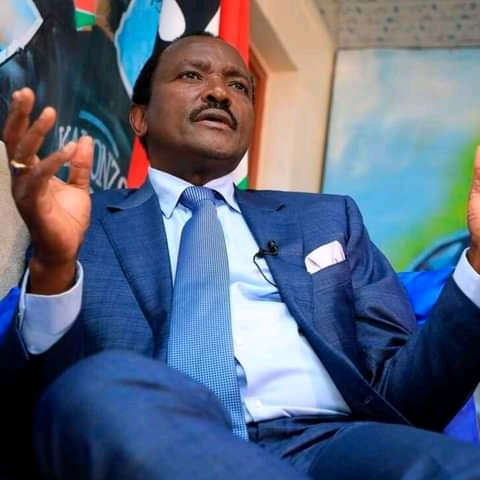 According to sources, Kalonzo and his allies would take the initiative after understanding that he has little chance of being nominated as Raila Odinga's presidential candidate in the August poll.

However, noted lawyer Steve Ogolla believes that the action that the Wiper party leader plans to take would not bear fruit just yet.

Ogolla, who was speaking during a debate with Citizen TV this evening, explained that the alliance agreement signed by the Wiper party and the amended party action barred a person from leaving the coalition within the first six months.

He explained that Kalonzo Musyoka would not be allowed to run for the presidency under the Wiper party because his party had made a formal commitment under the Azimio-One Kenya Alliance.

"If Kalonzo wants to leave Azimio, he can do that and pass that benefit on to William Ruto if he wishes," Ogolla said.

He further added that the person who will decide who will run for Raila I need I President Uhuru Kenyatta himself added that Kalonzo should forward his grievances to the right person.

"Kalonzo is locked in a corner, anything he does tomorrow is illegal," he concluded.

"I Get Very Strong Uge to Slap Ruto Every Time I See Him Speaking," Professor Makau Mutua

Kenyans Demonstrate Against The High Cost Of Living At Nairobi Central Busines District(CBD).(PHOTOS

Seven Reasons Why Your Life Is Complected

Oscar Sudi Alleges What Raila Did During Handshake