Is handshake experiencing some down fall?

By Wekesajr (self meida writer) | 1 months

There has been instability in the handshake, uncertainty over the BBI and confusion about president Uhuru successor come 2022 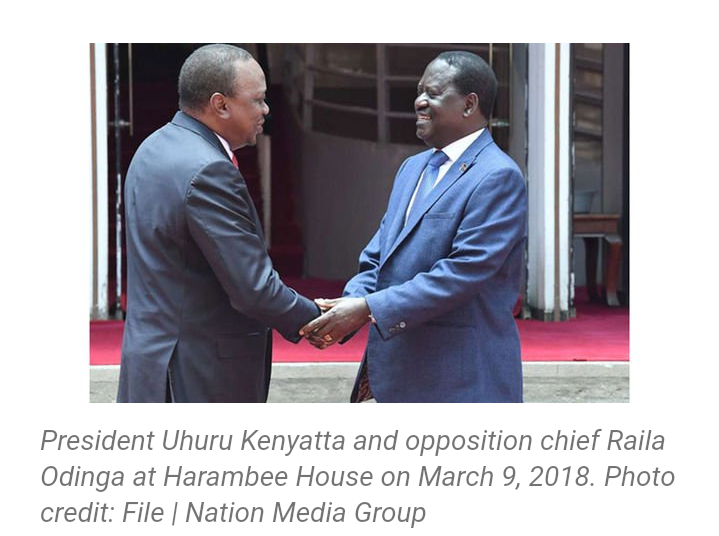 On 25th February the president had hosted a state house political party leaders that is Mudavai,Kalonzo, Ngilu ,Gideon moi ,Wetangula and Raila this meeting was to celebrate the triumph passaage of BBI and discuss the way forward

On march 9th another meeting was agreed to celebrate the handshake anniversary and shockingly the meeting did not happen as Raila was diagnosed with covid-19 and went to isolation after a hepatic campaign at the coast.

ODM has made no secret annoyance with the state house parleys involving the G-4s and this is the theory Mudavadi's candidate wins in matungu ,Wetangula,s in Kabichai, and Kalonzo machakos all those candidates are fronted by parties playing home game in their region

The wins ensures there is no friendly fire among the BBI Parties.

Content created and supplied by: Wekesajr (via Opera News )

Top Politically Assasinated Leaders In Kenya Who Were To Be Presidents

Why BBI May Be Splitting In The Middle