By DeepState1 (self media writer) | 4 months ago 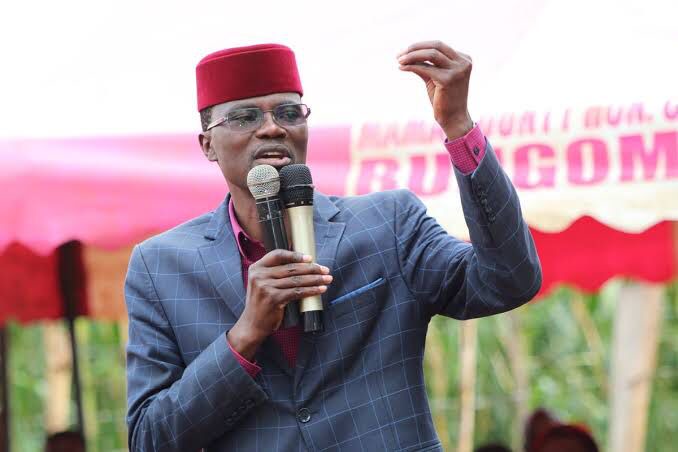 Taking to his different social media accounts to express his opinion on the matter, the renowned Political Analyst Mutahi Ngunyi claimed that the Deputy President of Kenya, honorable Rigathi Gachagua made several moves which suggested that he was trying to outdo his master.

According to the reports given by Ngunyi, he claimed that Gachagua's use of Airforce Chopper meant that he is trying to outdo his boss.

Taking to his different social media accounts to express his opinion on the matter, Didmus Barassa has claimed that this is the same way Ngunyi advised President Uhuru Kenyatta.

While reacting to their opinions, kenyans who took to their different social media accounts to express their opinions on the matter have called upon the renowned politicians to stop arguing due to the fact that President William Ruto along with the Deputy President of Kenya, honorable Rigathi Gachagua promised to work together.

According to the reports given by most Kenyans, they claimed that this was the right thing to do due to the fact that Alot of people are currently struggling due to the increasing cost of living in the country. 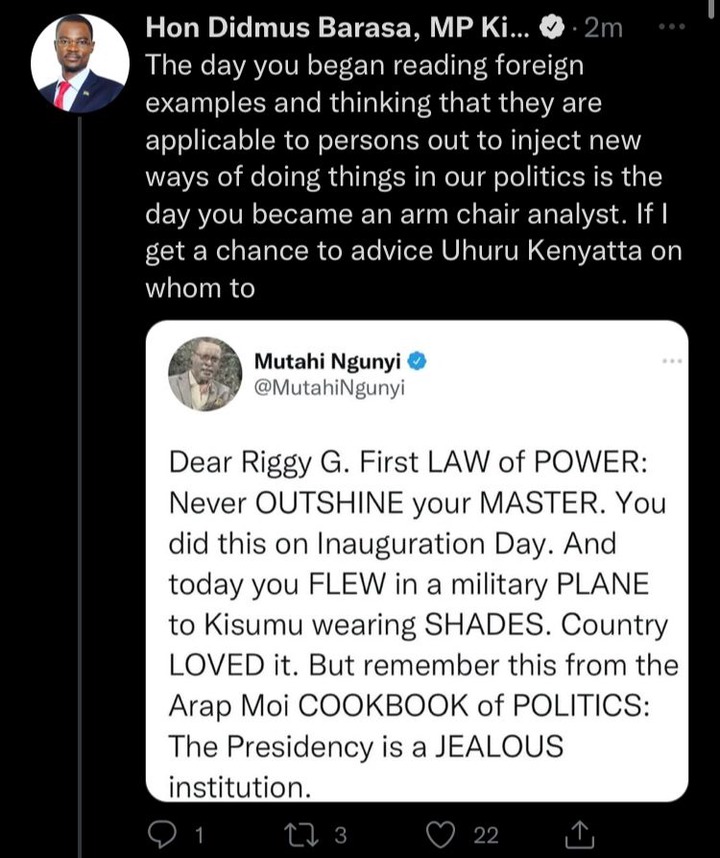