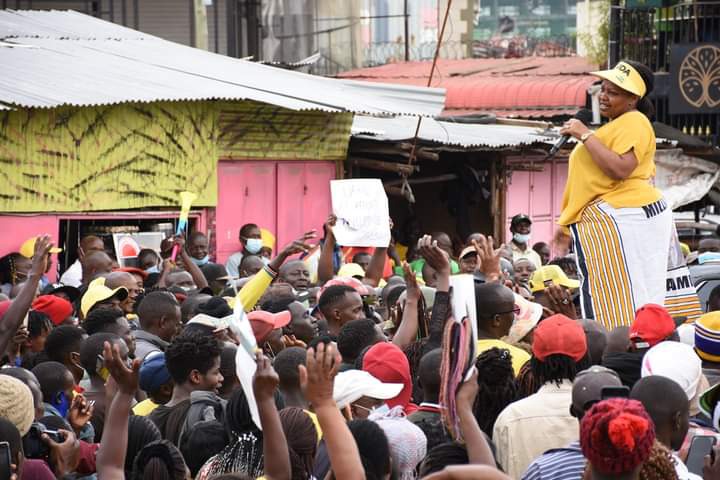 The war of words concerning the size of crowds during political rallies by key political figures continues raging as the son of the ODM leader now mocks DP Ruto’s camp after the UDA rally in Kibera seemingly failed to attract huge crowds.

In his Tuesday afternoon social media post, Raila Junior likened the rally held by the Deputy President William Ruto to that which could have been held by an MCA.

“I hear UDA meeting in Kibera today was similar to an MCA’s meeting if not smaller. Nothing to see basically,” twitted Raila Junior. 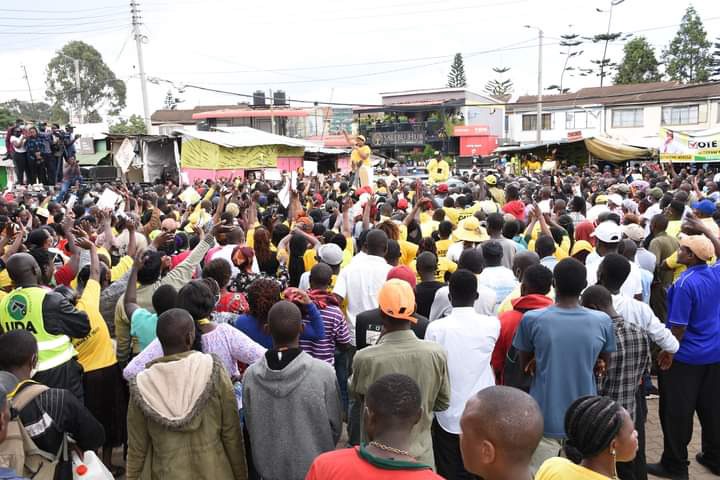 Kibera has always been considered a stronghold of the former Prime Minister Raila Odinga ever since he joined Kenyan politics. He was a Member of Parliament in a constituency covering even the whole of Kibera area.

At some point during the Kibera by-election, a joke was always being cracked that Kibera is Raila’s bedroom. This would later be proved after an ODM candidate Imran Okoth won the by-election against Ruto’s candidate Macdonald Mariga in a landslide victory.

As the country edge closer to the August polls it would be worth noting that politicians have increasingly been obsessed with crowds to an extent that some of their social media foot soldiers sometime goes to an extent of downloading photos of past rallies and posting them as their current mammoth crowds.

Just a few days ago the UDA digital strategist Denis Itumbi was utterly embarrassed after he took a photo of a crowd from the past Pastor Bonke’s rally and tried to cheat Kenyans that it was the crowd at UDA’s Jacaranda grounds. 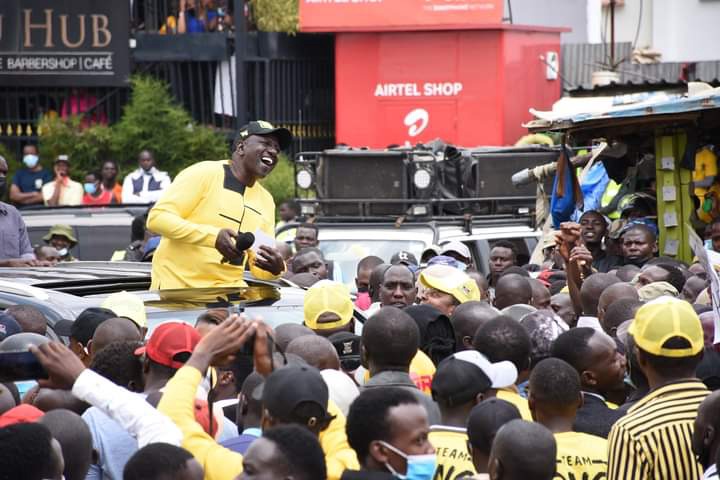 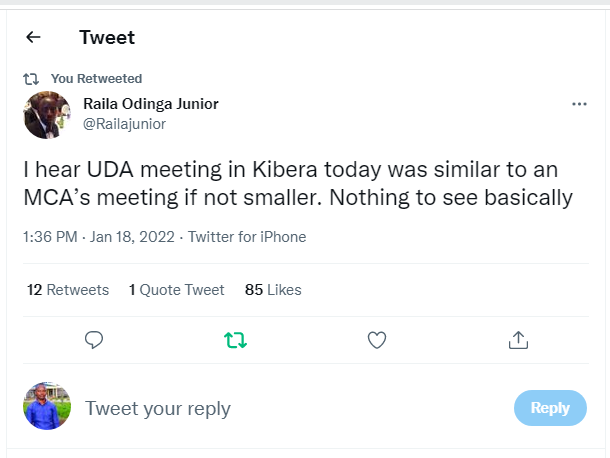 He would later be forced to delete the picture from his twitter handle after KOT reminded him that internet never forgets. With the craze about huge crowds in the rallies going on, there are questions we need to ask ourselves; does the size of the crowd at a rally converts votes?