"Don't Intimidate My Handshake," Raila Sends A Bold Message To Jubilee Camp After This Happened

By RAILA-ODINGA-REPORTS (self meida writer) | 1 months

Following the wrangles that occurred during the Bonchari and Juja by-elections, the ODM party leader Raila Odinga, took the internet by storm with his strong message to the Jubilee party asking them not to take the peaceful coexistence that was achieved by 2018 handshake, for granted. A statement that elicited mixed reactions online. 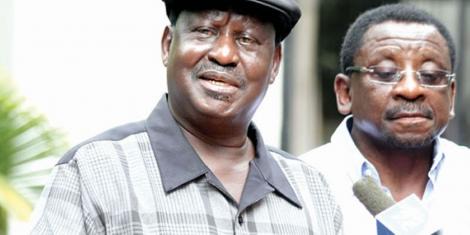 Penning his thoughts on a post from his Twitter page, the former Prime Minister, condemned abuse of police powers in Bonchari and Juja; terms it as an arrogant display of impunity by a few overzealous government officials.

"The peaceful co-existence post-2018 must NOT be taken for granted by some rogue elements wanting to confuse the HANDSHAKE for an excuse to ERODE our hard-earned liberties! This must STOP!" Raila said. 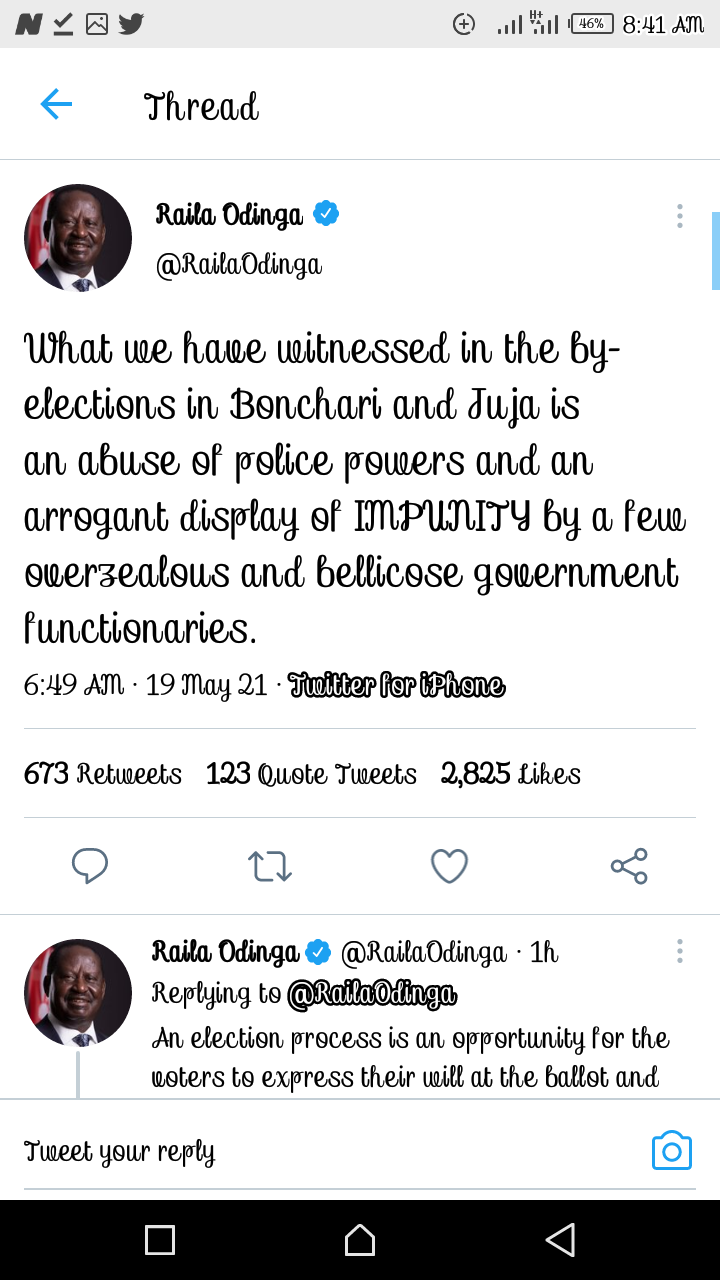 "The Senior @RailaOdinga does not need to exit the stage, the space is large, just come in and fill the gap, be a liberator too. Dismissing him is an old tired thinking. You a equally a man and a citizen just like him. @orengo_james @OpiyoWandayi @OAmollo @TheODMparty @NelsonHavi." A comment read.

"It's clear indication that @RailaOdinga has been causing instability in the country intensionaly,so if no handshake there's no peace???.....this man should be taken to court for costing peace in this country for those years." A comment read.

"This is the lunacy that helped you win kibra and you were happy with it. You also benefited from it in Msambweni but you lost. In London ward Nakuru you withdrew your candidate and joined jubilee in similar acts against UDA. You laid the bed so have a good nap on it!" A comment read.

"You conveniently left out the yester years of Moi terror, Kibaki in 2005, 2007/8, UhuRuto in 2013, 2017, 2017. A section of this country always cheered on brutality against those perceived anti-govt. You dare talk of brutality in Kibra and Kwale? 2 events? Spare us." A comment read. 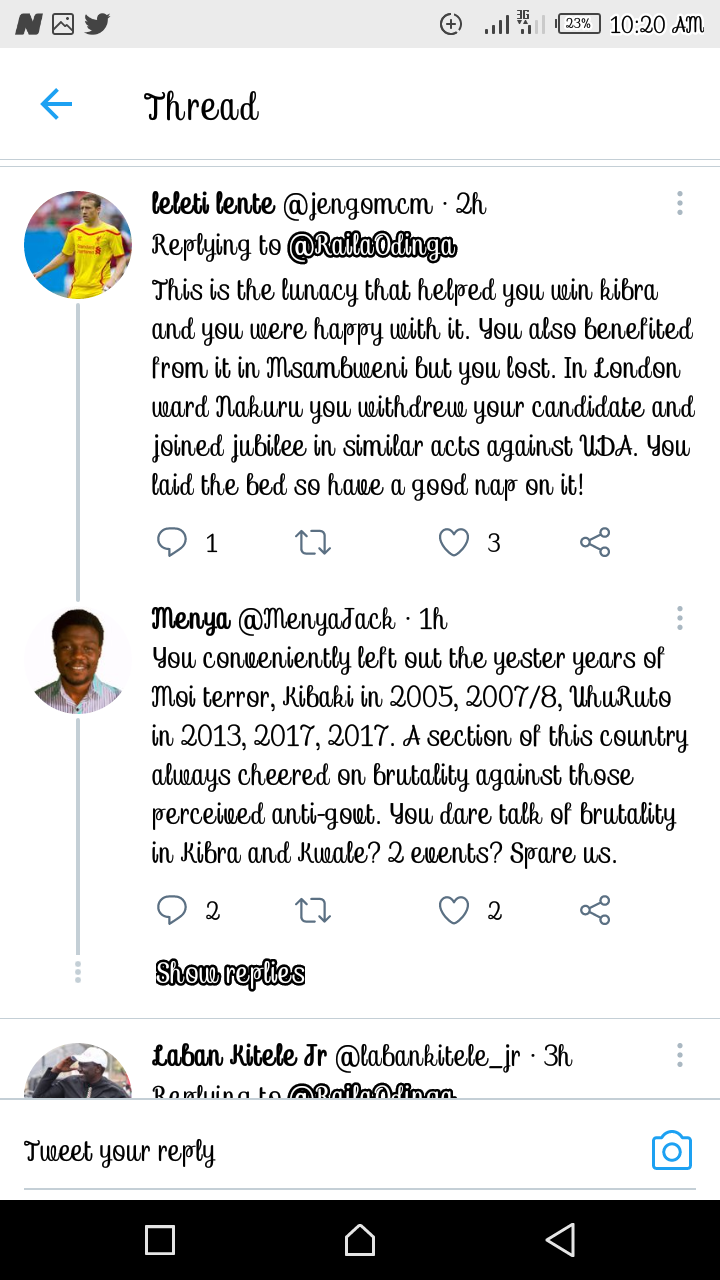 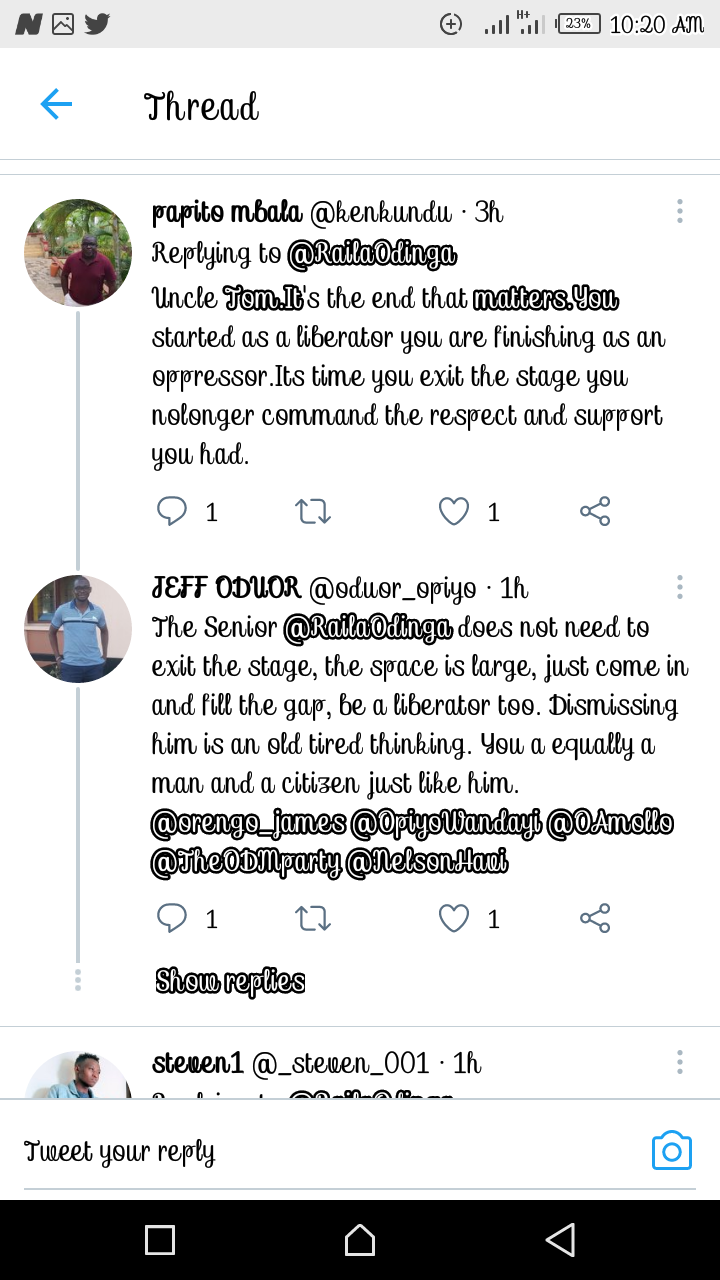 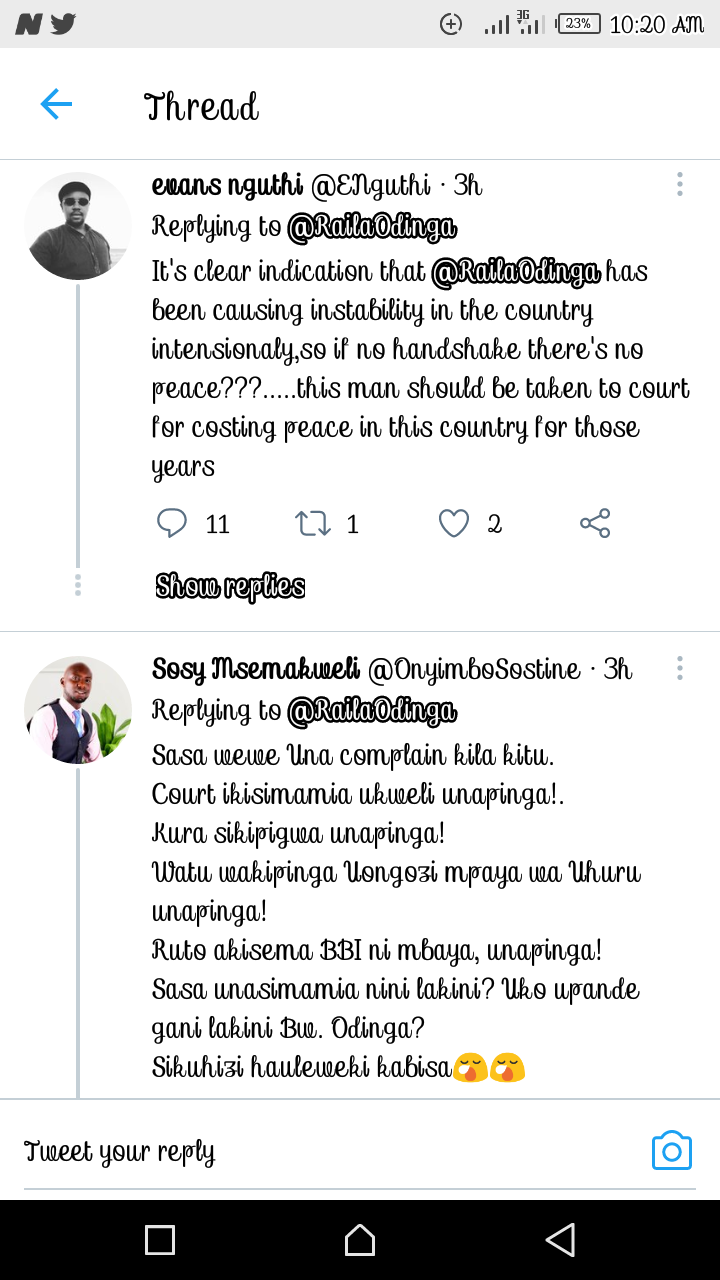 "Ruto Will Have to Deputize Us Again, We Have the Most Votes," Says Uhuru's Ally as 2022 Approaches

Millicent Omanga Claims That A Coalition Between ODM And Jubilee Would Give The Dp An Easy Win.

Babu Owino is Ready to 'Assist' Politicians in Need of Degrees