By Lakeside.co.ke (self media writer) | 1 month ago 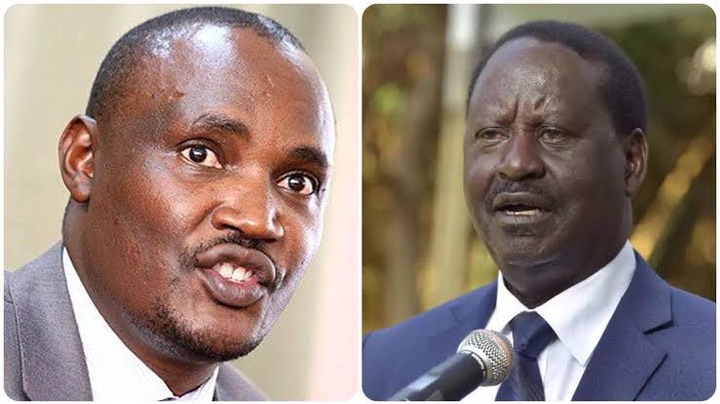 Azimio la Umoja one Kenya Alliance Coalition presidential campaign is in its third day in the Orange Democratic Movement party leader Rt Hon Raila Amolo Odinga's Nyanza backyard where they are Popularizing the Azimio-OKA coalition agendas as well as drumming up more support for their Presidential candidate Presidency bid.

The brigades are also in the region to revamp the much-anticipated support which seemed to be reducing as leaders from the region lately staged protests for the six-piece query by Raila Odinga.

While delivering his speech in Oyugis, Homabay County today, fearless Orange Democratic Movement party chairman and the Suna South Member of Parliament Hon. John Mbadi's speech was cut short after he started requesting the residents to vote in favor of the six-piece voting pattern championed by his party boss Raila Amolo Odinga.

The embattled MP pointed out that in other regions like Mount Kenya, Rift Valley, Ukambani, ODM party have not fielded candidates to give room for Jubilee Party, Wiper Party, KANU party, NARC KENYA party respectively to field their candidates because that's their respective strongholds.

He went ahead to cite that after Raila Odinga is sworn in as the next President, they will be sitting at the table with Uhuru, Kalonzo, Musyoka, Gideon Moi, and Charity Ngilu, he wi need to have a backup of his lieutenants forcing the master of ceremony to switch off the microphone he was using sending a signal among his supporters.

Voters Storm Into The Polling Station in Moi Avenue Over Delays

Kenya Decides 2022, Voters already at polling stations As at 4 am Morning.