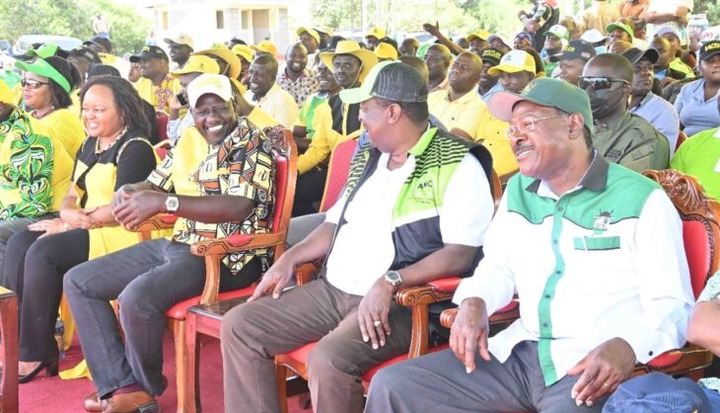 It was reported by the Star that according to the KKA's power sharing deal, 30 per cent will go to ANC and Ford while 20 will go the other affiliate parties.

It was also claimed that Mudavadi and Moses Wetangula will get the CS Finance and the Speaker of the Senate respectively, as the running mate position was reserved for Mt Kenya Region.

In statement on Tuesday through ANC's Twitter page, the ANC secretary general Simon Gikuru claimed that the reports are fake news being propagated by their competitors in the Azimio Camp.

"We advise the perpetrators of this smear campaigns to transition from narrow regional and ethnic mindset to embrace national unity. Our detractors including the Azimio axis should tell Kenyans and more so people from Western what they have in store for them instead of being hellbent on maligning ANC's leadership."

He added that the team is still consulting on how they will come up with their power sharing deal after other parties signed the coalition agreement a week ago.

"The more than 10 principals that constitute the top organ are still consulting and will unveil the leadership agreement and line-up at the appropriate time." 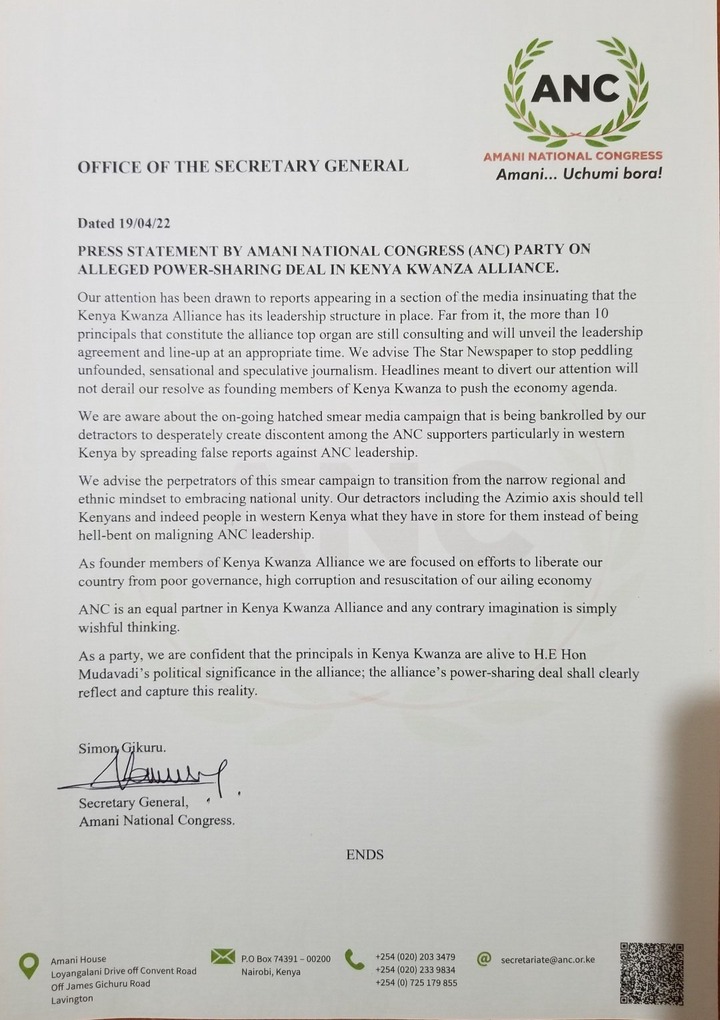