By VictorUoN (self media writer) | 6 months ago 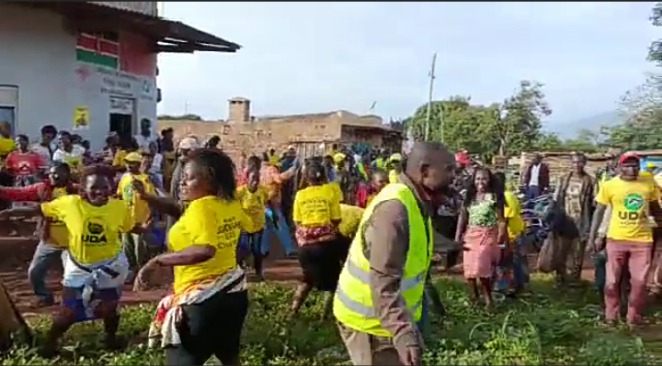 Tangatanga top blogger and the self proclaimed spokesman Dennis Itumbi has released a video on his official social media platforms of how celebrations followed after the United Democratic Alliance party candidate Simon Kiambi was declared winner of the highly contested Kiagu Ward by election. Itumbi who was keenly following the election and updating on the provisional results has released the video showing people dancing to a popular Kikuyu song.

In the video, both men and women dressed in yellow attire, which is a colour symbol of UDA, were seen dancing in happiness as chants of UDA rocked the air. 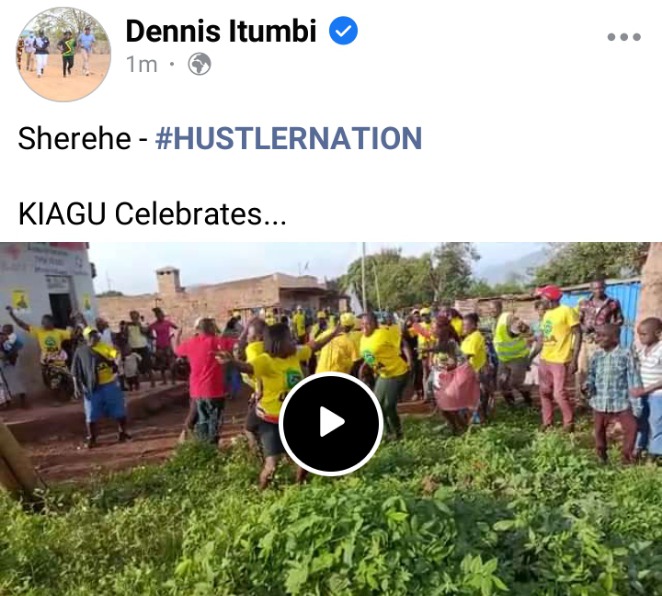 Simon Kiambi of UDA defeated Milton Mwende of the Chama Cha Kazi (CCK) and Samson Kinyua of the ruling Jubilee party. However, in the Mahoo Ward in Taita taveta county by election, UDA's candidate came second after the jubilee party candidate.

Here is the video link posted by Dennis Itumbi on Facebook. 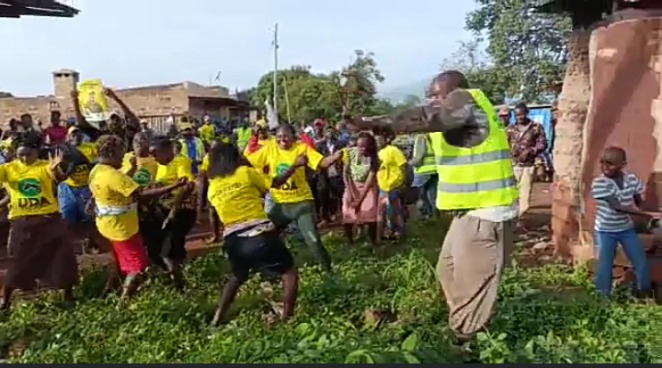