Gachagua Now Says There Will Be No Yangu Kumi Yako Kumi, Reveals Unique Deal He Has With Ruto 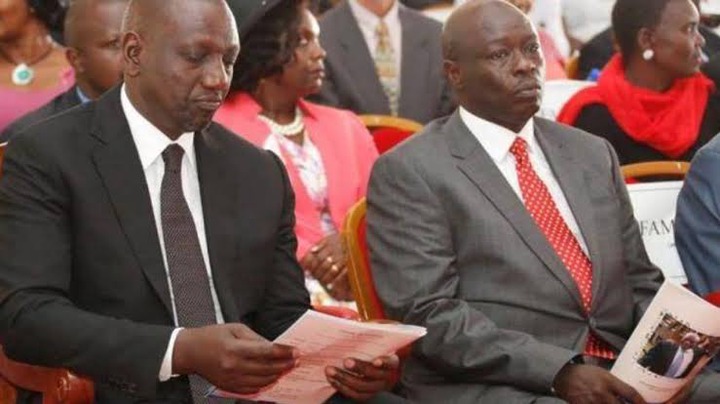 Deputy President William Ruto's running mate in Kenya Kwanza Alliance today accompanied his boss to a meet-the-people function in Uasin Gishu county where they were asking the residents about their economic needs.

It was during the event that the Mathira Member of Parliament Rigathi Gachagua revealed that his pact with Ruto is very different from the one he agreed to with President Uhuru Kenyatta.

Rigathi noted his agreement with Ruto about the presidency was on a contractual basis of only five years. After which it will be decided whether they will work together again for another five years, in that case, renew the contract or terminate it. The renewal, Gachagua told the gathering, will only be performance-based.

"We are only asking for five years. We have a workable plan in place to ensure that we deliver. It is for that reason that we are moving around to listen to every Kenyan's needs. You shall judge us based on a five-year performance contract. The contract is subject to renewal and termination depending on the performance. We in Kenya Kwanza Alliance do not want to be a part of the political insincerity of Yangu Kumi Yako Kumi," he said as quoted by the Nation.

Gachagua continued to tell the locals to vote for leaders who have the intention of transforming the economy and not just because of the region they come from. He chided the Azimio La Umoja One Kenya coalition for focusing on changing the constitution evidently seen by Raila giving Martha Karua her first task of overseeing constitutional affairs instead of the economy.