By City_Scoop (self media writer) | 2 months ago 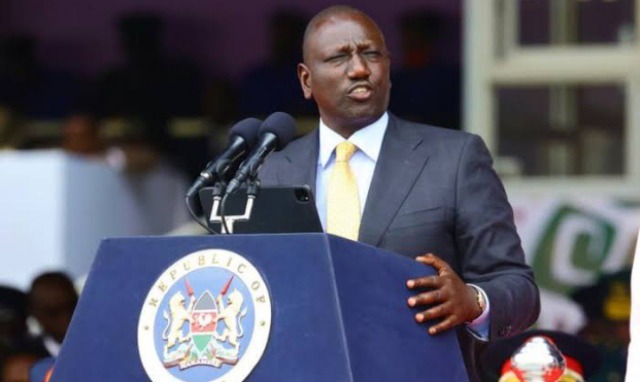 There have been reports going round that President William Ruto has the intention of bringing all of the political parties under his Kenya Kwanza party into his United Democratic Alliance in order to consolidate their power. However, according to the claims made by UDA Insider James Gakuya, Prime Cabinet Secretary Musalia Mudavadi's political career would come to an end if he were to carry out this plan. 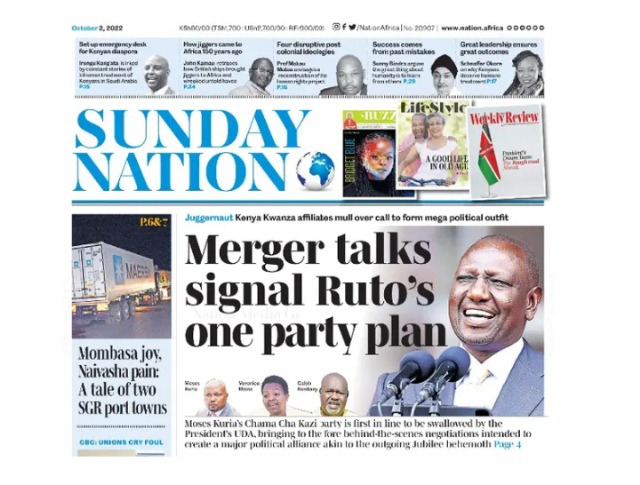 Well, it has been reported that former Gatundu South Member of Parliament Moses Kuria has begun the process of dissolving his Chama Cha Kazi party, and now Mudavadi has been warned that he may be courting political suicide if he does the same thing. During an interview with TV47, the Member of Parliament for Embakasi North, James Gakuya, issued a stern warning to the ANC party leader, saying that he should not make the one fatal error that will ruin his political career. 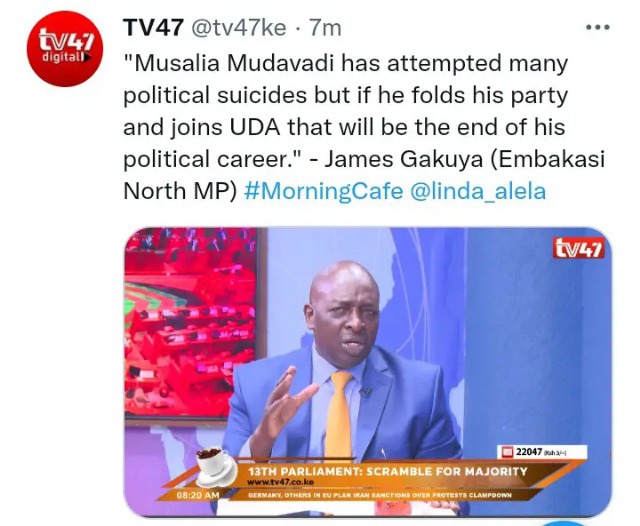 According to Gakuya, the act of planning to defect from the Amani National Congress to the United Democratic Alliance (UDA) is the largest of multiple political suicides that Mudavadi has committed in the past. Instead, Gakuya proposed that Mudavadi, as one of the most well-known luhya kingpins, take the reins in establishing a political party that would act as the Voice of the Western Region. 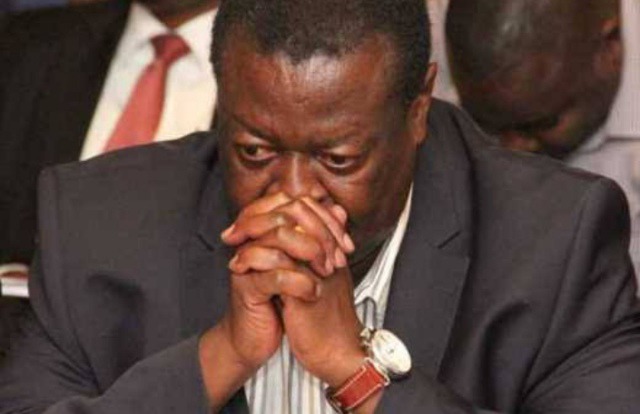 According to Gakuya, the party would be effectively led by Mudavadi and Moses Wetangula, who is the current Speaker of the National Assembly. Do you think it's possible that Mudavadi will defect from his party and join UDA which is led by Ruto? Leave your feedback in the comments section. 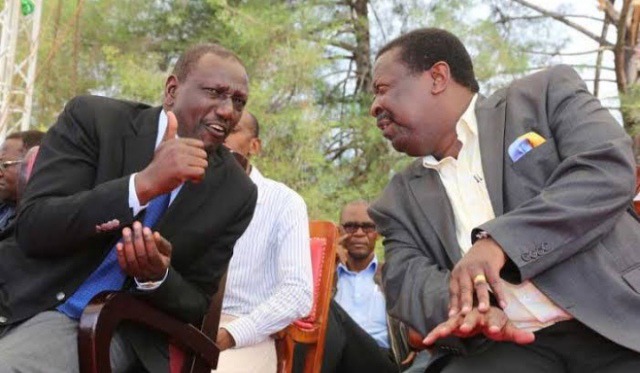