The Deputy President William Ruto's relationship with his boss President Uhuru Kenyatta has been between a rock and a hard place after the 2017 general elections, following the introduction of the handshake between President Kenyatta and the Orange Democratic Party leader Raila Odinga.

After the handshake things started moving from better to worse when the Jubilee party formed splinter groups within the party, some pleading their loyalty to the party leader Uhuru Kenyatta while others leaning to the Deputy President William Ruto's side.

Now some sources within the Statehouse Allegedly revealed some more shocking news on the relationship between the second in command with his boss President Uhuru Kenyatta. According to the Standard newspaper, Sources from Statehouse claimed that Uhuru Kenyatta trusted his Deputy very much to an extend that, he couldn't make any important decision without consulting him.

However ,despite this trust, Ruto Allegedly made his secret spies Within the Statehouse who would monitor each an every move from the President. This move Allegedly angered the president which could have led to their fallout.

This information resurfaces just a day after the Church elders called for a truce between the President and his Deputy, William Ruto. Ruto on his side welcomed the idea citing that he still holds respect for his boss and is much will to reconcile with him unconditionally. It not yet clear Whether the president will welcome the idea which will be beneficial for the purpose of the country's unity.

Ruto however blamed those people around the president whom he claimed that they are the one who soured their relationship with this boss President Uhuru Kenyatta. He added that, personally he doesn't hold any grudge with the president and it is his desire to see themselves work together again because they were elected as a team. 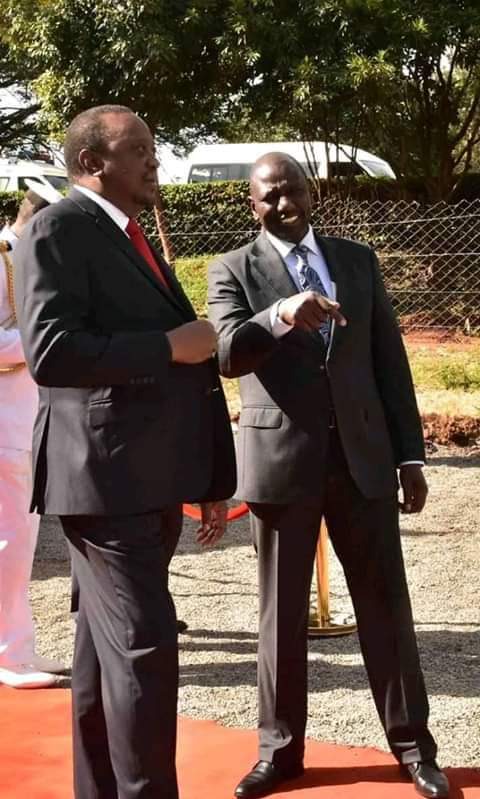 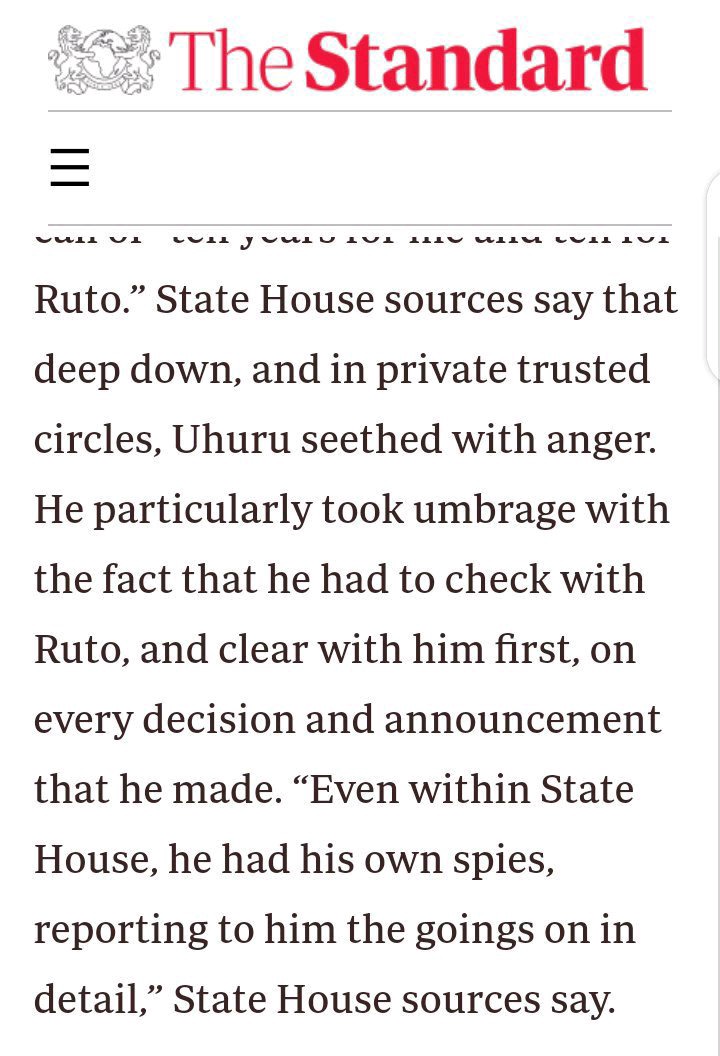