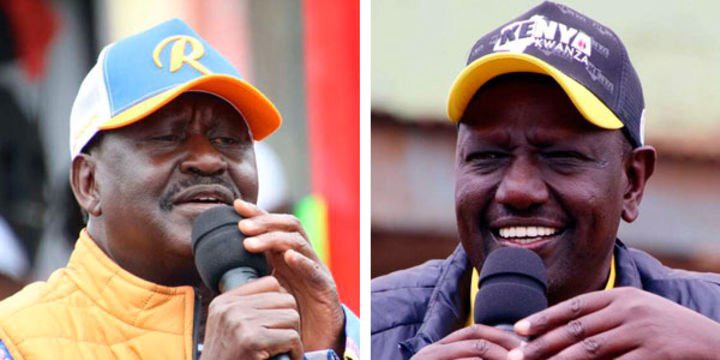 The International Human Rights Foundation which is based in US, has said that it was clear William Ruto won the presidential elections.

The organization also urged Raila Odinga to concede defeat out of the responsibility and statemanship.

"William Ruto has been declared the new president of Kenya by the electoral authority IEBC Kenya, which has confirmed the election's results. Let us have faith in the constitution and the rule of law. Mr. Raila Odinga should concede out of democratic responsibility," the International Human Rights Foundation statement read.

The declaration indicated that Ruto had defeated two of his former bosses and friends, perennial presidential candidate Raila Odinga and his backer, incumbent President Uhuru Kenyatta, in the battle to become the country's fifth president.

Ruto ignored ethnicity, a crucial component in Kenyan politics, on the campaign road.

Grinsly Accident As Matatu Rams Into A Truck Along Mombasa Road

Detectives Launch Manhunt For Kajiado Man Who Is Suspected Of Killing His Two Brothers Over This.