By factfiles (self media writer) | 1 year ago 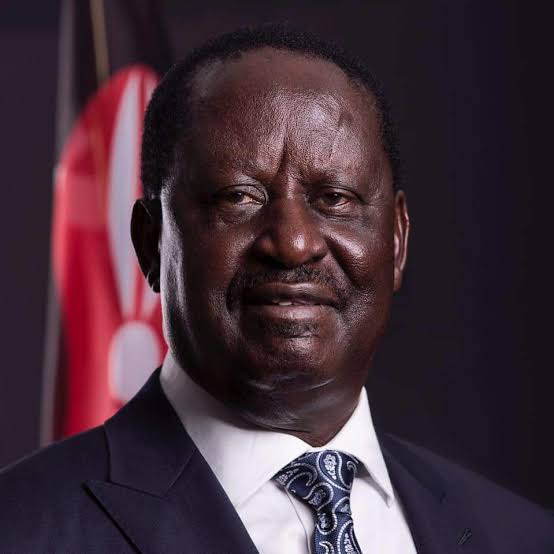 The former Prime Minister and the Orange Democratic Party Eng. Raila Odinga found himself in the deep end when he tweeted about the late George Floyd. 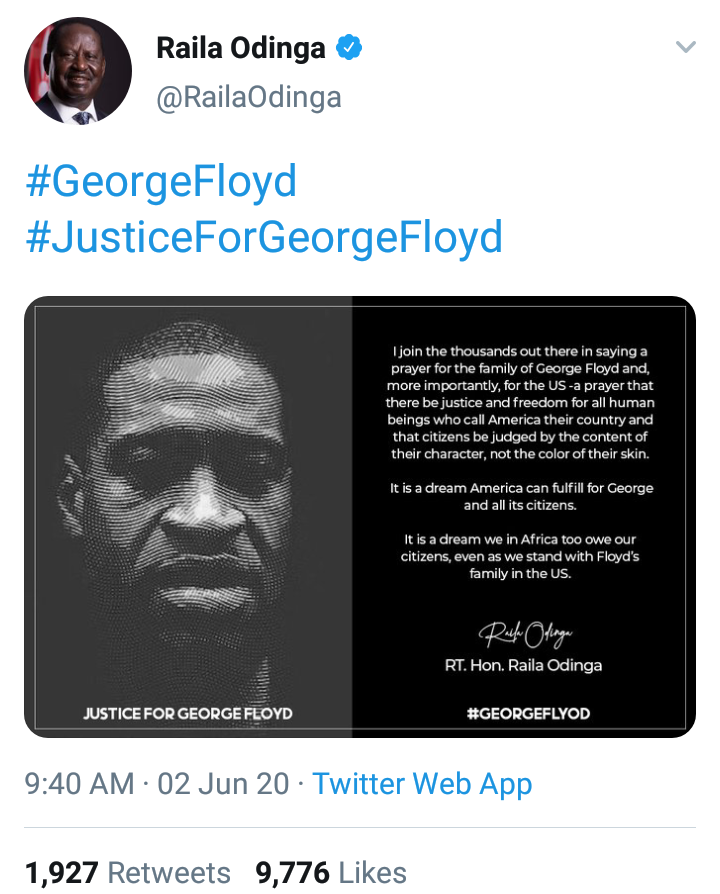 Kenyans decided to remind him about the likes of Babu Owino.

Below are some of the tweets.

"Your errand boy Babu Owino shot an innocent man in the neck. He's still an MP flying your party flag whilst loudly shouting and twerking at your BBI rallies. With all due respect fagia kwako kwanza or sit this one out." "remember when we thought the opposition would be better to us? 😂😂

first of all, babu owino shot someone without flinching & you're his party leader.

allso, when your biggest supporters were killed in 2017, did you speak on that? bye." " Babu Owino shot a man on camera and not a hair on his head was touched . This guy broke curfew and this is what they do to him. If this doesn't piss you off at the very least it should make you think about what kind of society would normalize this. " Kioko tweeted " Reminder that Babu Owino who shot a man point blank is being crusades as a hero and being sanitized by the govt.He walks freely and is still being paid using people's money." Kiongos Apewe Cider tweeted "A village thief who hangs around the chiefs compound is never convicted.

~African proverb ~Babu Owino you shot and wanted to kill DJ. Evolve but your Godfather Raila defended you. Justice will prevail one day though! 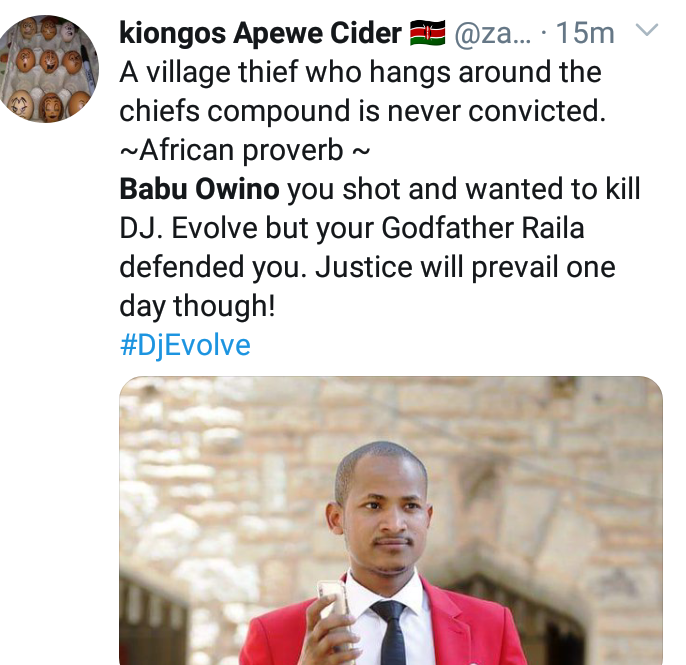 Different Hairstyles That Bahati Has Rocked

Baba says he may consider dropping his presidential bid.

Qualifications Of Becoming The President Or Governor In Kenya