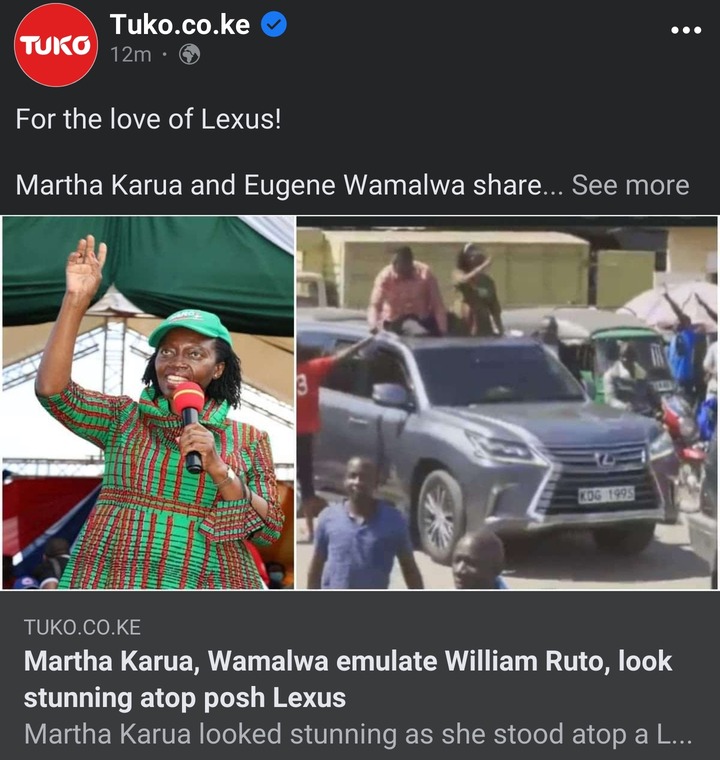 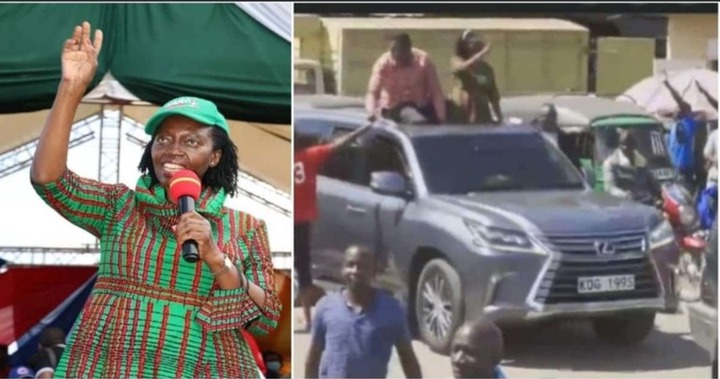 The two politicians were spotted atop the multimillion-posh car while waving at onlookers who were standing beside the road.

The senior counsel was in a green and orange African print dress with her well-made locks laid at the back and wore brown sunglasses to protect her from the sunshine.

She was standing on top of the car following a trail of cars, ahead being Raila Odinga's car, which was heading to Kamukunji grounds.

The famous black Lexus LX 570 was a signature car in President William Ruto's campaign that he used to traverse different parts of the country until he was sworn-in on Tuesday, September 13.

The car,which elicited mixed reactions,was a centrepiece of his campaigns and tours until he took over the mantle of leadership from the Uhuru Kenyatta.

After his inaugural speech,Ruto was ushered in a Toyota Landcruiser with a court of arms,signalling his bid to retire his black Lexus LX 570.

𝐒𝐢𝐦𝐨𝐧: If wishes were horse's even karua can emulate the president

𝐁𝐞𝐧: They are performing their duties of being in opposition

𝐀𝐧𝐧: Odinga knows how to joke with people's emotions 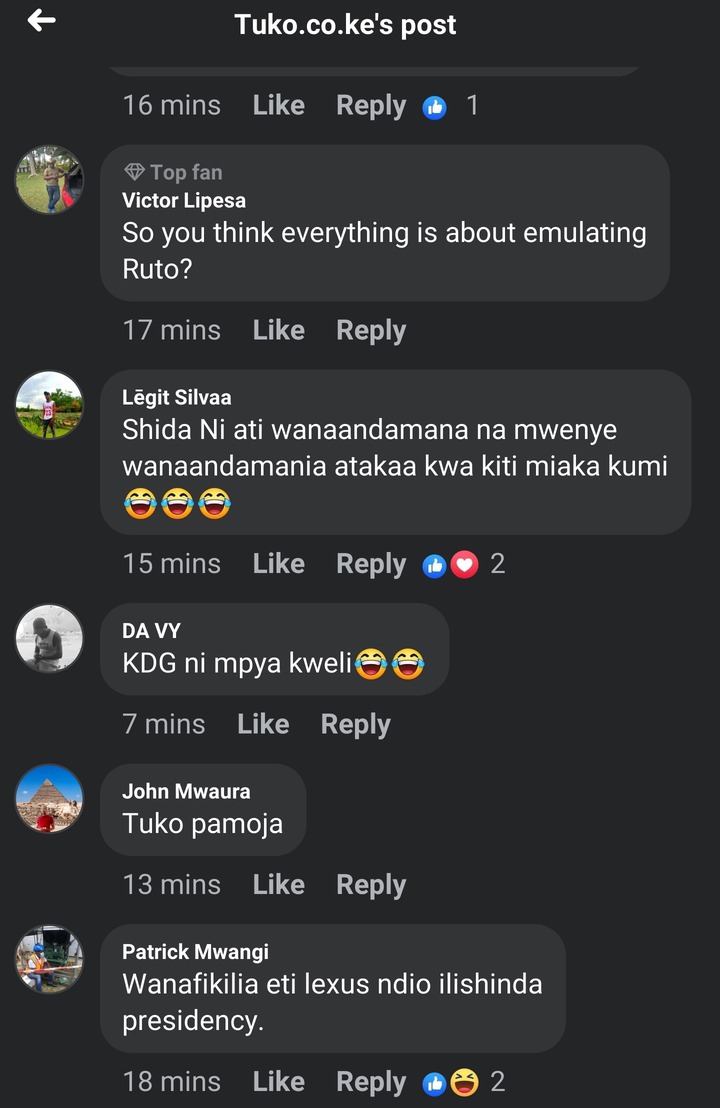