By Myahudinews (self meida writer) | 16 days

President Uhuru was among the BBI proponents who stayed firm to their BBI parole stand. However the second in command Dr Ruto has unraveled what the head of state refuted to listen to from UDA political diehard. According to Ruto, He notified president Uhuru that if He could have listened to Kang'ata's bold letter that He took time to dedicate to Him, the current situation could not be a matter of discussion. Ruto revisited the matter revealing that Hon Irungu had penned out key dangerous section in the bill which could hunt its supporters both in court and in future days. According to today's Daily Nation media, He also congratulated him for standing firm to the truth to serve his people. This made Irungu to lose his position in the senate as majority whip after political convolutions erupted after He made his declaration over the building bridges initiative which was against the Jubilee chairman. Ruto revisiting the matter indicate that He is He is still celebrating the collapse of the report, a matter that the president and his political counterpart the former prime minister Raila have been lamenting, pointing fingers to the courts for blocking the will of the Kenyans. 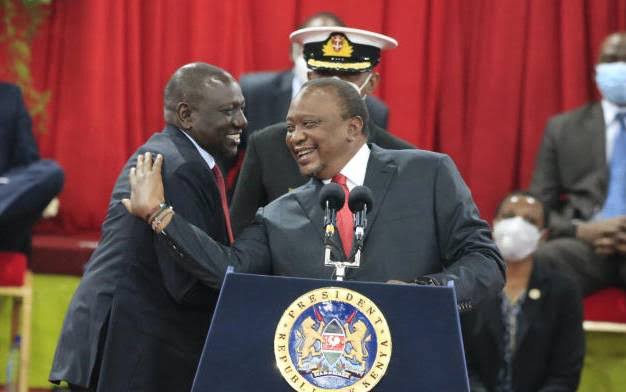 Forget About Hiring Experts, Use this Fast and Most Efficient Method to Remove Tile Floor