Sossion Joins Forces With Langat In The Bomet Senatorial Race

By Darius Okumu (self media writer) | 9 months ago

Wilson Sossion has announced his intention ahead of the August 9 National Elections, upon losing the UDA candidacy for the Bomet senatorial seat.

On Sunday evening, Sossion announced that he had joined forces with Senator Christopher Langat to take on Hillary Sigei, who had ended up winning the UDA pass. 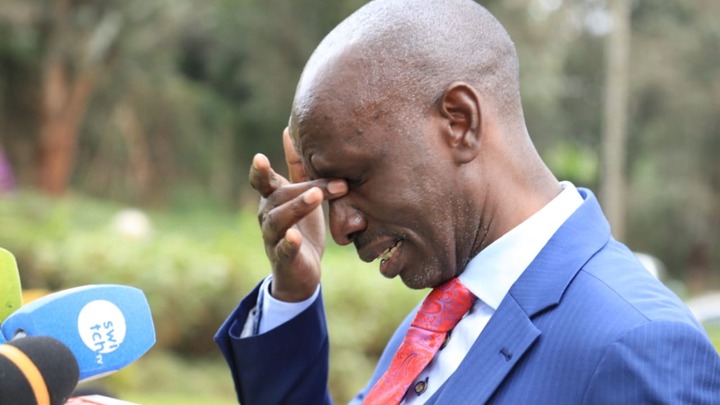 was signed, according to Sossion, and it will only be a question of time before they make a decision who will run as an independent nominee for the seat.

"On August 9th, Senator Dr. Andrew Christopher Lang'at and I will field one person to run as an Independent. "The deal is done and dusted," Sossion said.

They chose to work with the incumbent instead of running as an alternate person, according to Sossion, because they want to "safeguard Bomet's autonomy and assets."

Regardless of the fact that UDA has a fortress in the region, he has implored Bomet inhabitants to vote for the person of their preference.

In the recently concluded nominations, Sigei garnered 77,500 votes and was crowned champion. With 65,006 votes, Langat came in second, followed by Sossion in third with 45,371 votes.

Before the nomination process began, some marked votes were allegedly discovered in certain polling centers, prompting accusations of vote rigging.