By Topsports (self media writer) | 9 days ago 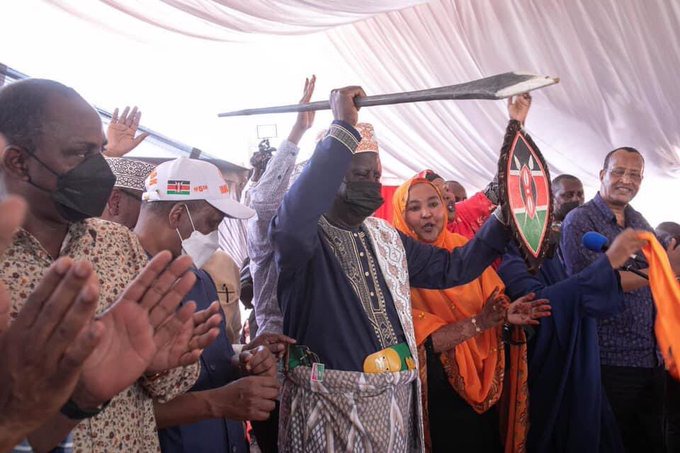 Those who have been thinking Orange Democratic Movement Party leader, Raila Odinga is a good man. That should he vie and clinch the top seat, He will save and deliver Kenya from its predicaments.

Have been handed a major Shocker. This is Honourable Johnson Nduya Muthama delivered bad news to them, badly exposing Raila Odinga as he warned Kenyans. 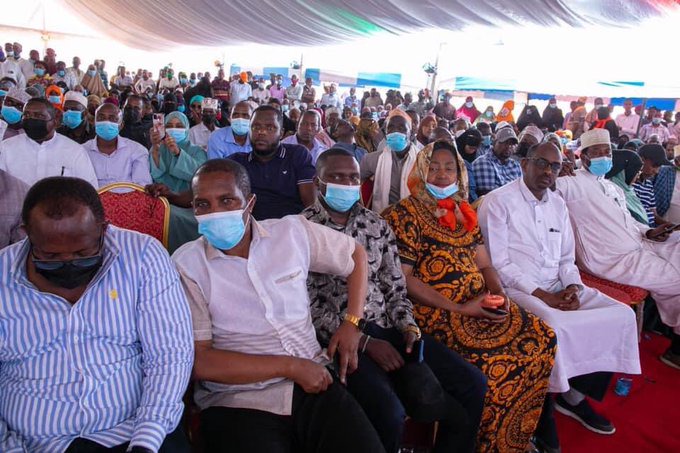 That should they vote him in. He (Raila) will punish them with more taxes. In a bid to fund his big cabinet he is spearheading.

According to Muthama, Raila Odinga is still seeking more political positions to punish Kenyan with more taxes. To fund the bloated executive and Cabinet. Even after the court of appeal declared BBI null and void. 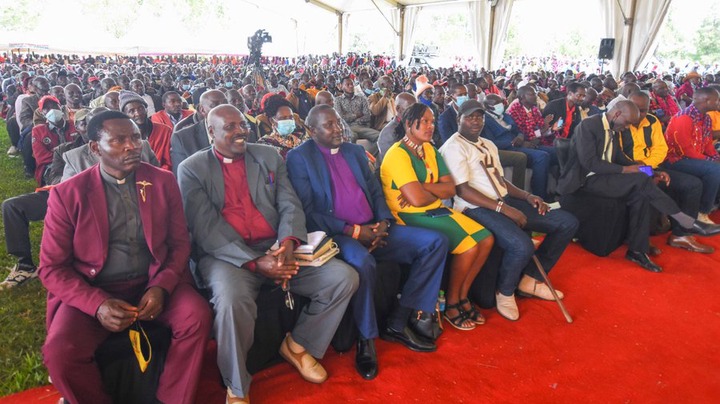 Further, Muthama has exposed Raila for sidelining common Mwananchi.By refusing to address issues facing hustlers since 1963. Instead, He (Raila) is championing matters of political positions.

Muthama penned down via his Twitter handle, in response to the Move by ODM party to push for a 'big' cabinet. As reported by a media outlet, People's Daily. 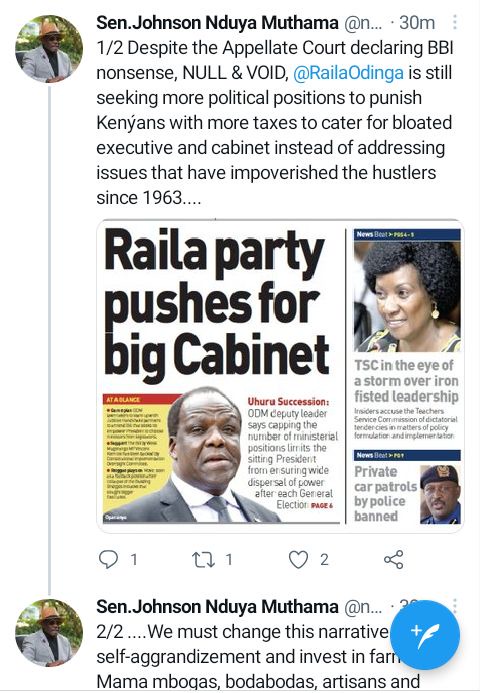 Muthama has warned Kenyans, urging them, leaders to endeavor to change such narratives(of seeking positions at expense of locals) and invest more in Mama mboga's, artisans, and everyone occupying the bottom of the economic pyramid. 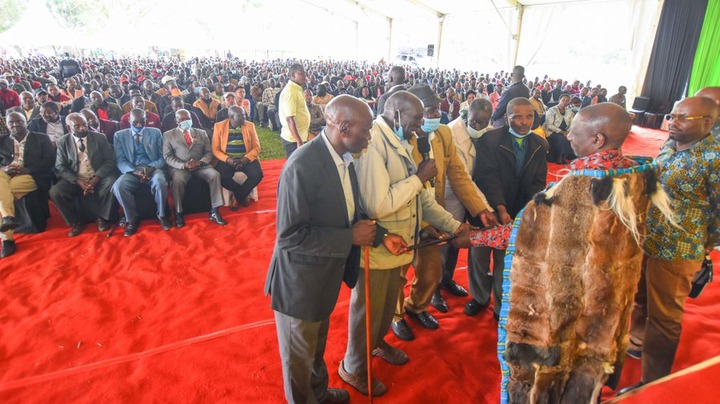 An objective, Honourable Muthama has started can be achieved by installing DP Ruto as President in 2022.

"We must change this narrative of self-aggrandizement and invest in farmers, bodabodas, artisans, and everyone occupying the bottom of the economic pyramid by installing William Ruto as president in 2022," Honourable Muthama penned down.