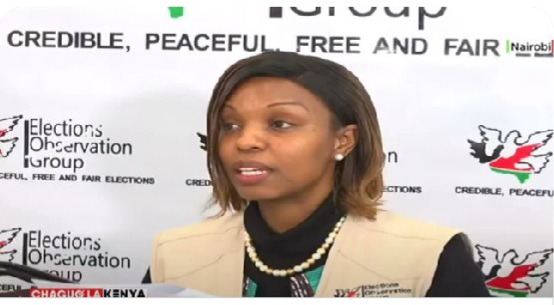 Election observers group (ELOG) has finally spoken on the presidential election that was recently concluded. In a press statement the group has clearly stated that the results that were announced by IEBC chairman Wafula Chebukati match their parallel tabulation. It said that the parallel vote tally is in agreement with the official figures that were released by the electoral body on Monday evening.

ELOG Chairperson Anne Ireri on Tuesday evening said that presidential election results by IEBC are in harmony with the observer group’s Parallel Vote Tabulation. Chebukati had on Monday declared William Ruto as the duly elected fifth President of Kenya after he garnered 7,176,141 votes which represented 50.49 percent of the total votes against his competitor Raila Odinga who got 6,942,930 votes which represented 48% of the votes. However, ELOG said it placed Ruto’s score at 50.7% while Raila scored 48.7% and this indicated a difference of (+/-) 2.1% margin of error for the two aspirants. In its estimated figures it reported that they are consistent with IEBC’s results for the 2022 presidential election. This sounds to be a blow to the Azimio camp that claimed that the figures were altered in favour of Ruto. Could this mean that they have low changes of winning their case against Ruto at the Supreme Court? 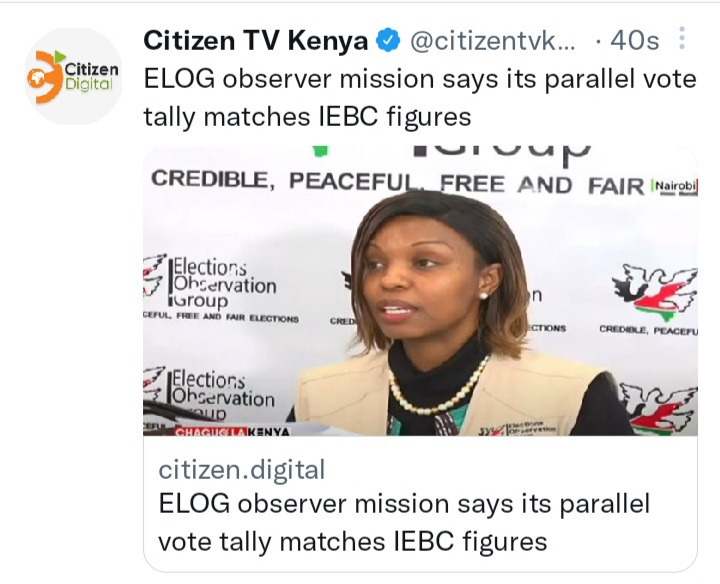