The Former Statehouse Controller, Dennis Itumbi has allegedly revealed a secret poll by the County Commissioners ahead of the upcoming general elections.

Through his social media page, Itumbi claimed that the Hustler Nation Intelligence Bureu has seen a report from the County Commissioners on the Preferred Presidential candidate between Deputy President William Ruto and the Orange Democratic Party Leader Raila Odinga.

Itumbi cited that the polls showed that deputy President William Ruto was way ahead of Raila Odinga by 12 points gap. They said that the report was handed over last week.

"HNIB agents are picking reports that; On Friday, last week, County Commissioners reported back that William Ruto had opened a 12 Point lead gap Countrywide in a Secret Poll seen by HNIB." Itumbi Cited.

"To manage the reality ODM has tapped their old polling network who will release a poll this week showing that ODM is ahead of Hustler Nation by 10 points," Itumbi added. 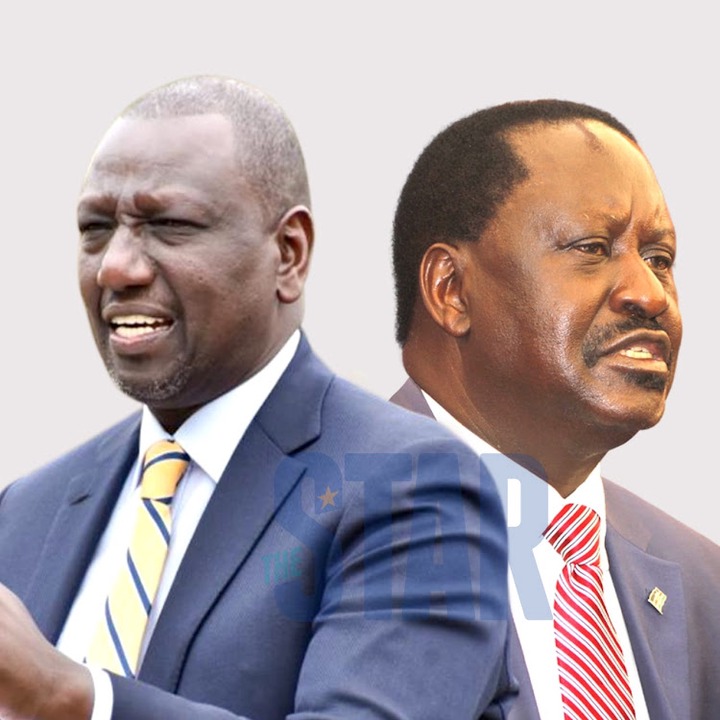 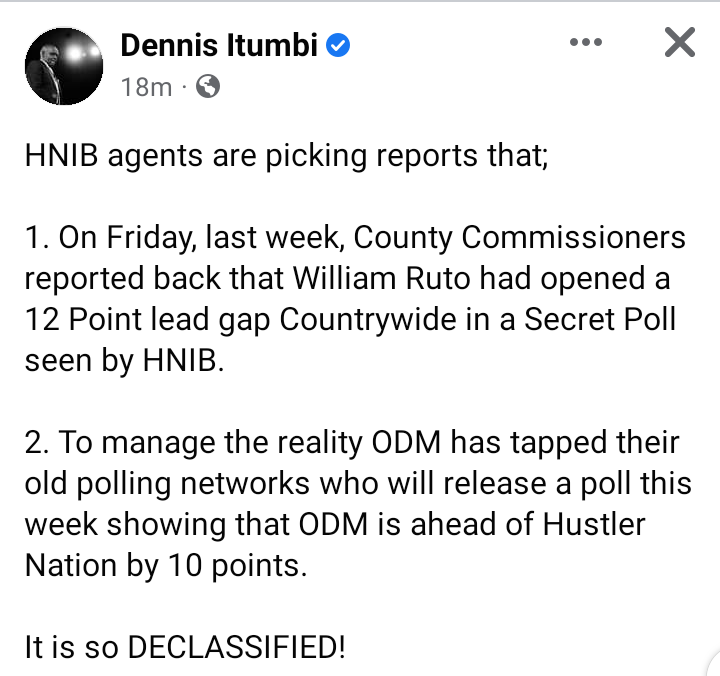 Karua Delivers This Message To Voters Moments After Casting Her Vote

Gun Fire At Polling Station As Goons Attack At Night