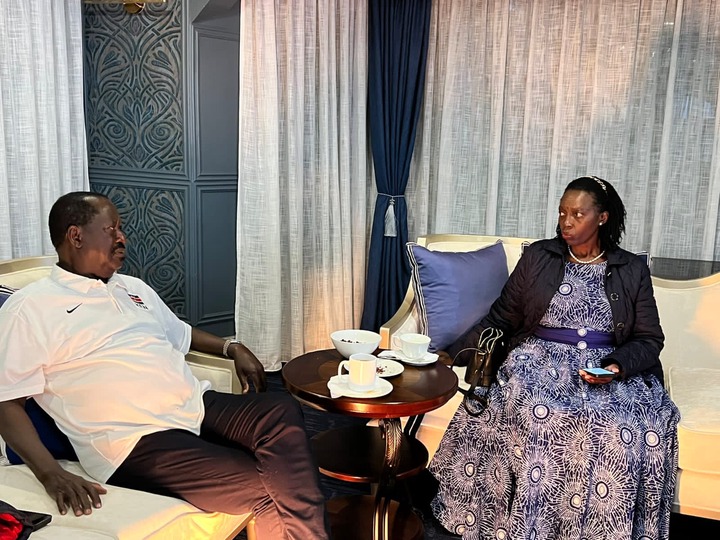 ODM leader Raila Odinga is succeeding in getting the Mt Kenya vote, his running mate and a native of the region Martha Karua has announced.

Opinion polls have been showing Raila's popularity rising in the region, despite earlier being seen as a hard sell and unwanted by area voters.

Karua has said that things are indeed working for the former Premier there, and that his popularity is on the rise which translates to support in the region.

This, she said on Tuesday, is why their opponents are hiring goons to shout them down, which she says is an attempt to convince Kenyans otherwise. 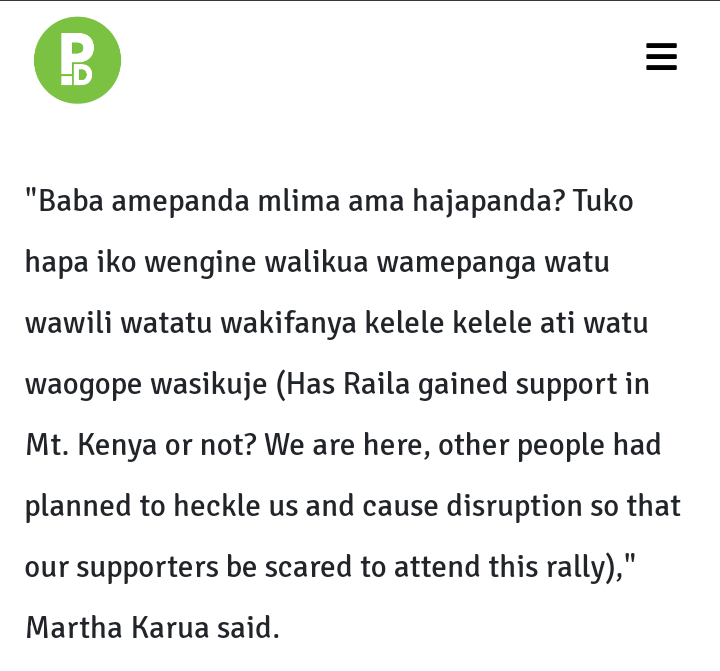 "Has Raila gained support in Mt. Kenya or not? We are here, other people had planned to heckle us and cause disruption so that our supporters be scared to attend this rally," the former Justice Minister said in Nyeri, after encountering a hostile crowd in Nyeri.

Her appointment to deputize Raila was largely seen as an attempt to bring in the Mt Kenya vote, which their allied leaders from there argue has succeeded.

She added that she still doesn't view those who planned her heckling in bad light, and doesn't see them as enemies but merely as opponents.

"Our opponents had planned to disrupt our meeting to scare us but I am not easily scared. I want to tell them that we will not threaten or blame them because we are not enemies, just competitors," she is quoted by The People Daily.