Mixed Reactions After Waititu Clashes With MCAs At A Burial, Reason Revealed

A dramatic scene has been witnessed in Kiambu county after former governor Ferdinand Waititu clashed with members of the county assembly alleging that they impeached him on flimsy grounds. 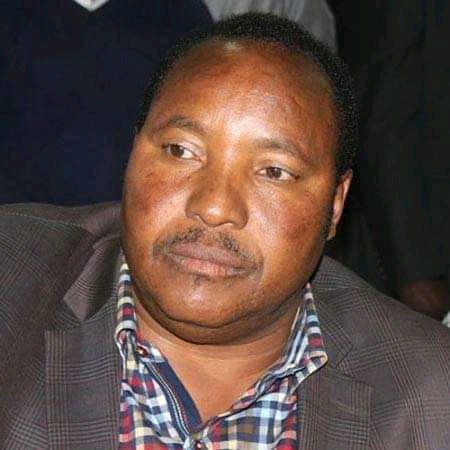 The members of the Kiambu county assembly were led by their majority leader and the county assembly speaker Mr. John Ndichu. According to Waititu, all the accusations that led to his impeachment were false and only aimed at destroying his political career. Speaking during the funeral, Waititu said that he is ready enough to reclaim his seat adding that he is aware of the secret phone call that president Uhuru Kenyatta made to the speaker of the county assembly to give him instructions on how to facilitate Waititu' s impeachment. It is important to recall that the controversial county boss was impeached on corruption grounds hence his continued moves to drag the head of state in to the whole matter might be baseless. Responding to Waititu' s claims, speaker Ndichu boldly told him to deal with his corruption scandals alone and stop dragging other people in to it. 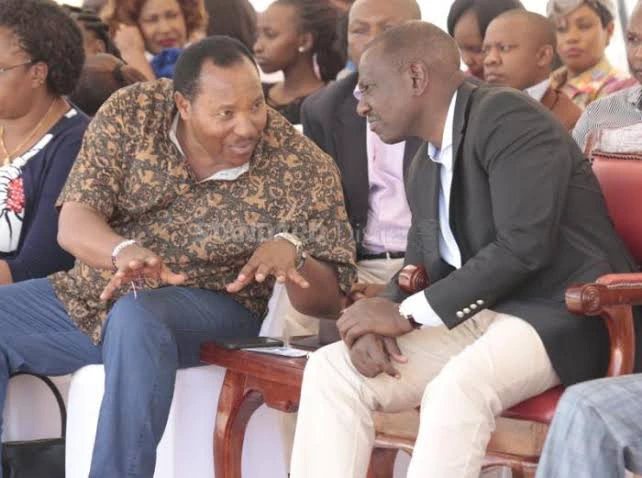 Meanwhile, after joining deputy president William Ruto' s camp, Ferdinand vowed to contest in the race to unseat the incumbent governor James Nyoro. Should he be given the united democratic alliance ticket, Waititu will be contesting against Thika town constituency member of parliament Patrick Wainaina, former county chief William Kabogo and James Nyoro who will be defending his seat. With the next general elections just around the corner, people interested in occupying different elective seats are moving up and down pleading with voters to vote in favor of them. It is hoped that this electioneering period, political leaders will put aside their differences and lead the people to a peaceful election. 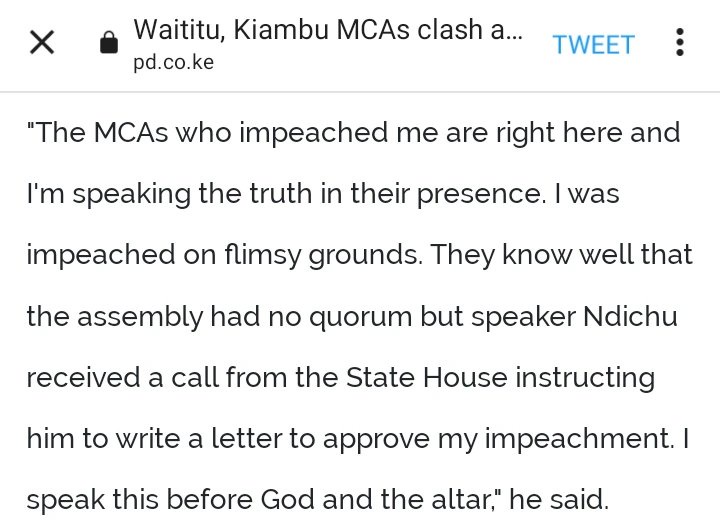 What do you think about this whole matter? Kindly subscribe to my channel for more timely political updates.

Two Foreign Pastor With The Same Message To Ruto, Will The Prophecy Be Fulfilled Come 2022