The deputy president William Samoei Ruto while in His Western region tour stood with the businessman Jimi Wanjigi who was reported going through a difficult situation while on his tour in Nyanza. 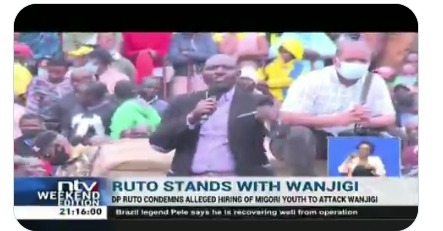 While addressing the public in Kakamega county, the second in command directed his blame to the leaders who are using Kenyan youths to involve themselves in political riots. Deputy president blamed such act as he said that youths need jobs and not political wars. 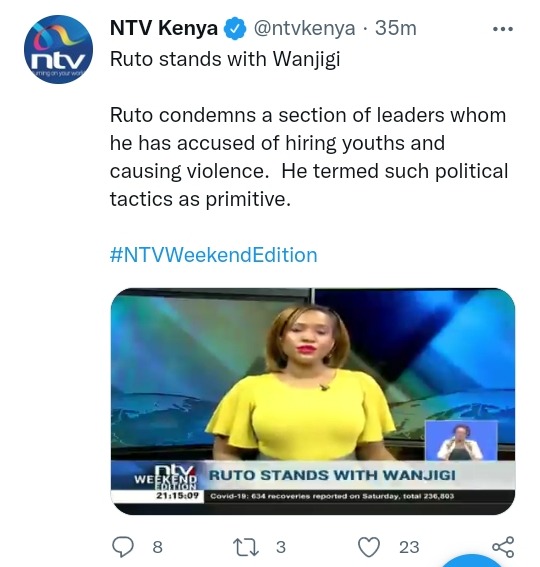 According to the deputy president, he accused a section of leaders of conducting primitive type of politics just because of organising Kenyan youths to indulge themselves in political violence.

It was witnessed that the businessman Jimi Wanjigi, his convoy was pelted with stones while he was addressing the public. The deputy condemned such behavior claiming that those are the type of politics that as a country should do away with it.

Do insisted on peace in the country as hr actually continued to popularize his bottom-up economic approach.