By phil_ke (self media writer) | 2 years ago 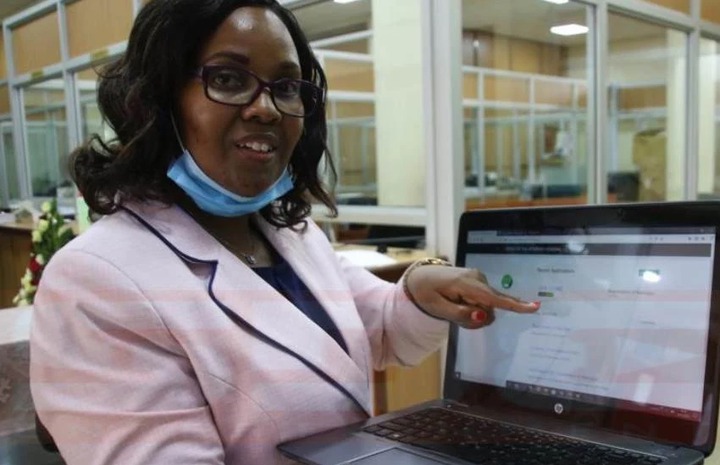 Kenya has resumed marriage services that had been temporarily halted and launched them online in efforts to reduce the risk of spreading COVID-19 at the Registrar of Marriages. By the time of suspension of services, the ministry had 2,551 applications. Marriage services at the Registrar’s office were initially suspended in May as authorities saw the huge numbers as a possible risk factor in the spread of COVID-19.

“Since resuming marriage services, the couples whose ceremonies were pending were notified. About 700 declined to continue due to the pandemic and chose to wait. The 1,841 couples left were notified of resumption of services, out of whom we have only received 824 couples by this morning,” said State Law Office Chief Administrative Secretary Winnie Guchu.

The first ceremonies under the new guidelines were successfully conducted this week, following the launch of online marriage services that began on trial-basis two weeks ago. It was a unique experience, with views of hand-washing stations, empty offices, masks and social distancing serving as a reminder of the ongoing pandemic.

Joy on their faces “We used the online platform, and it was efficient. It was a simple process, and the forms only took us a few minutes to fill. We made the first application on June 17th and by yesterday we got the notification. We then booked our wedding date and were married by today. We were happy to have our marriage certificate within 20 minutes,” said one of the brides.

The joy on her face and that of the groom told it all as they stepped out of Sheria House, Nairobi, as the newest couple in town.

Before the pandemic, Sheria House received around 400 clients during the low season and 600 during the peak seasons in August and December.

Missed marriage appointments or those in which the couple arrive late mean the two would have to reapply online and make payment a second time.

Couples opting for civil marriages can now apply for their marriage certificate online on the platform, which will provide them with access to all services offered by the Registrar of Marriage.The system is aimed at restoring the services, suspended on May 20 after couples flocked to the registrar’s office, seeking the service.

Guchu yesterday said the office’s interaction with masses for provision of marriage services was posing a threat in the wake of the Covid-19 crisis. “We got the Ministry of Health to inspect our premises, and they gave us strict guidelines for our operations. We have worked with e-citizen to put up a platform which offers all the services given by the Registrar of Marriage. There will no longer be manual services,” said the CAS.

Matches seeking matrimony must be registered on e-citizen, after which they can access the platform on the website oag.ecitizen.go.ke, where they find application forms along with instructions on how to go about the process.

“After filling the forms, each couple will be notified that their notice has been granted and their application approved. This is the 21-day notice given to every couple that wants to get married so that if there is any objection, it may be raised within that period,” said Guchu.

All payments will be made online and the confirmation triggers the creation of the couple’s marriage certificate.

“Once the notice has run for 21 days and payment approved, the system will notify the couple on their appointment date when they are expected to go to the Registrar of Marriage for an interview and verification of documents that they will have uploaded onto the system,” said Guchu.

Couples are expected to arrive at least 15 minutes before their scheduled time to adhere to the Ministry of Health guidelines including hand-washing and sanitizing. Guchu said they currently conduct only two marriages a day to avoid crowding.

Kenya has seen a recent spike in new daily cases, and reported its highest single-day spike on Friday this week as the health ministry announced 473 new infections. President Uhuru Kenyatta on Monday announced an easing of COVID-19 restriction as the country seeks to emerge from the impact of the pandemic. Kenyans will now be able to hold religious activities and weddings, but under strict health guidelines that limit attendance. Content created and supplied by: phil_ke (via Opera News )