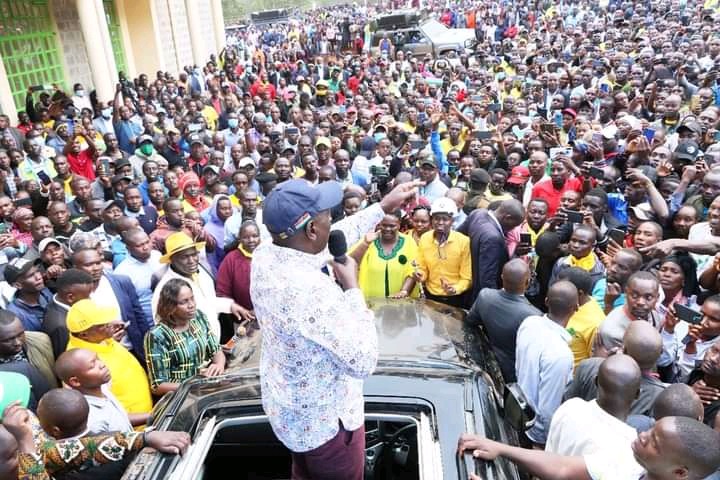 2022 politics has officially gathered momentum across the country. Aspirants are moving from one part of the country to another in a bid to popularize themselves ahead of the upcoming polls.

Others are forming new alliances and coalitions as they set the ground ready for 2022. The majority of them are decamping to new political parties where they can effectively mobilize for votes. 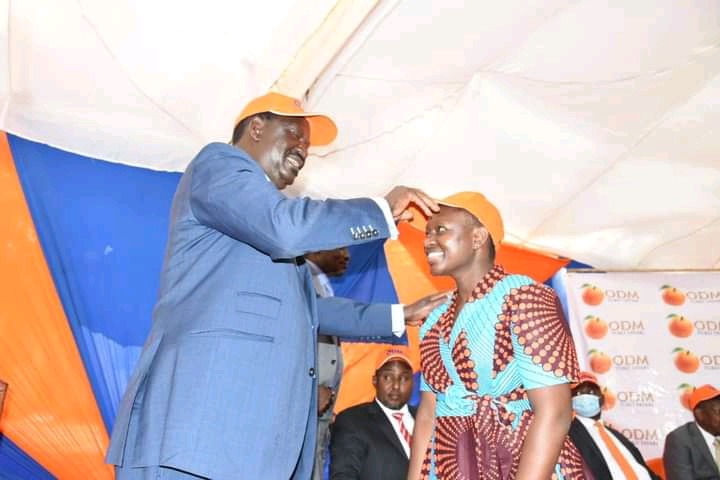 Deputy President Dr. William Ruto may be in for a rude shock after reports suggest that one of his key allies in the coastal region is planning to decamp to Raila Odinga's Orange Democratic Movement party.

According to The Nation Newspaper, the unnamed politician is a key ally of DP Ruto and has been following the second in command in rallies across the country. 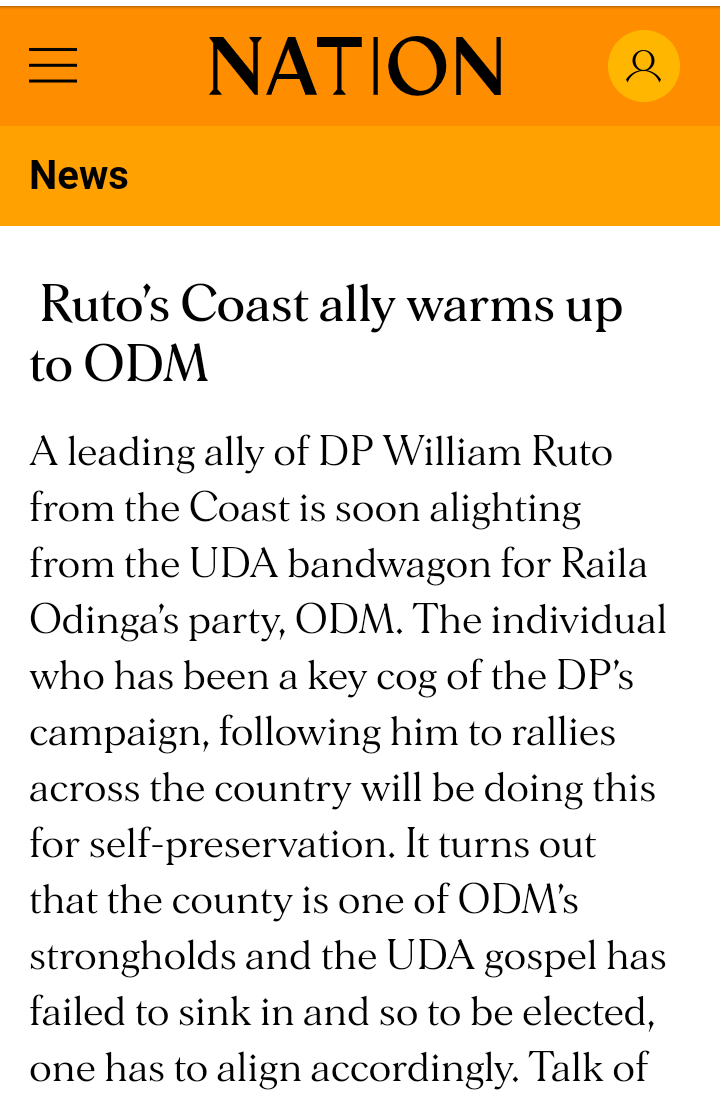 The politician is said to have already met with Odinga three times and might be lined up for Mombasa gubernatorial seat in 2022 since the county has no strong gubernatorial candidate. However, the politician looks to work with DP Ruto after the polls

On the other hand, One Kenya Alliance principal may be on the way to DP Ruto camp after reported successful talks with Deputy President. 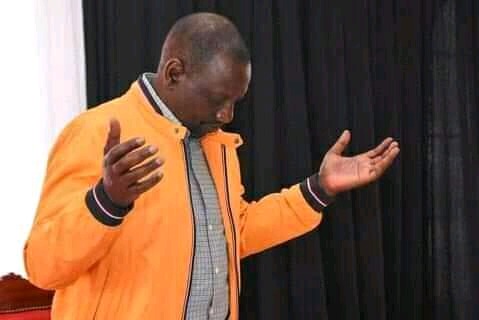 According to the Nation, the principal has already set a foundation for leaving OKA by making his allies attack the ODM leader in campaign rallies. He is set to join DP Ruto's ship in the coming weeks. He is waiting for the ODM deal in the coming weeks if it doesn't suit him he will jump the ship. 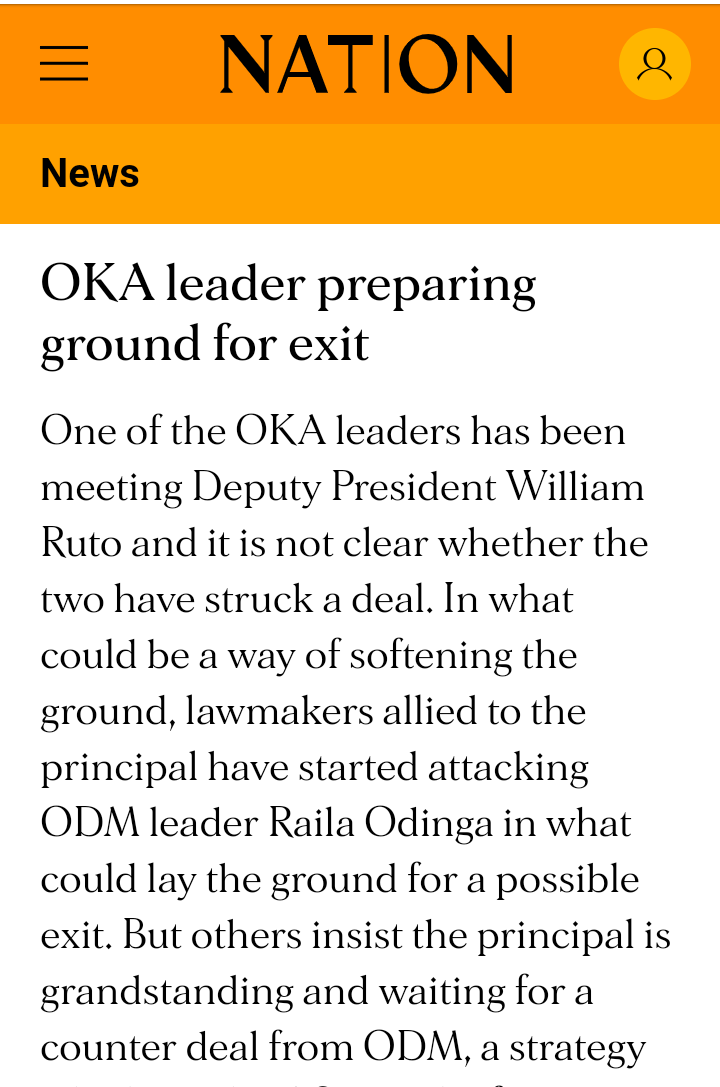 Here is The Most Advanced Air Defense System that Ethiopia Owns

Opinion: Here is Where President Uhuru Kenyatta Will Travel on Thursday For a High Profile Event