By TrippleM (self media writer) | 3 months ago 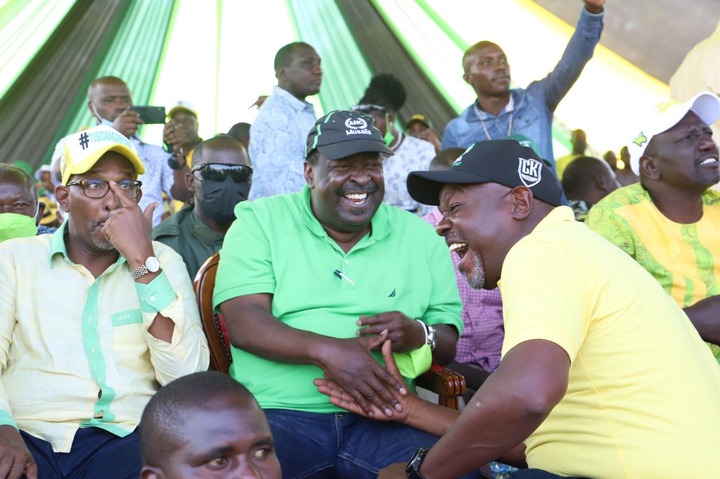 Despite the bitter fallout in NASA coalition, ANC party leader Musalia Mudavadi still appears to be the top student at Raila's class of politics.

That is one thing which he has publicly demonstrated in his first mega rally with DP Ruto in Baringo County since they joined forces to face Azimio La Umoja team in heavy political battle for the top seat.

Talking in Baringo County, Mudavadi came up with a means of making himself appear more close to DP Ruto and even sharing the same blood through their roots.

He stated clearly that besides being known as a Luhya man, he is also a Kalenjin through his mother Rosebella Cherono who was born and grew up in Eldama Ravine on Baringo County.

This is one kind of tactic which the ODM leader Raila Odinga is well known to be using whenever he visits other regions away from Nyanza.

We have heard him saying several times that his is a Luhya, great grandson of Nabongo. Even if m his last major rally at Bukhungu Stadium in Kakamega, he stated that he is more of a Luhya than Senator Cleophas Malala whom he claimed has his roots in Nyanza Region.