Melida Oteino who is the mother of the Slain Sharon Otieno has revealed that she is moving forward with her political ambitions. 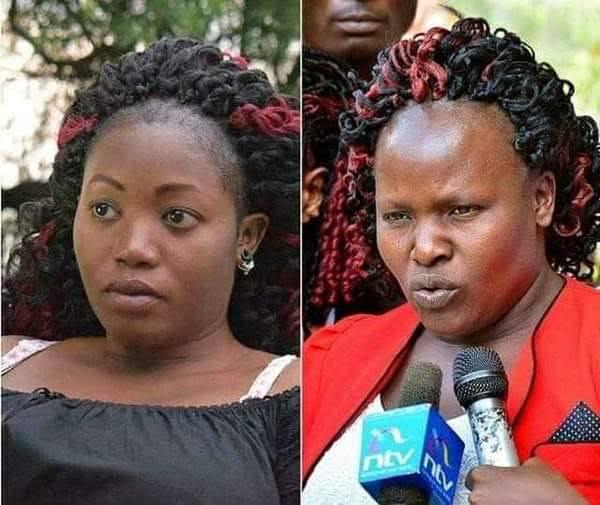 While addressing this matter on Radio Jambo, Melida said that she is currently seeking the position of women representative in order to help other women who might be going through hard times in their lives adding that it's because she understands them more.

According to the reports given by the woman, she said that she didn't start her political ambitions after the death of her daughter as most people would claim. In her own words, she said that she had always wanted to be a politician adding that her daughter's death had nothing to do with her wanting to get into politics.

"Most people claimed that i want to join politics because of my daughter's death. It's so unfortunate that some even say that i want to get into politics using the fame that I've received out of my daughter's death and this is not true. I've always wanted to be a politician ever since I was born and it's only now that i I'm getting started", she said.

While addressing issues to do with her daughter's death, she claimed that she didn't know about her daughter's relationship with Migori governor Okoth Obado. According to her, she said that after she found out that they were in a relationship, she was shocked.

"I didn't know about my daughter's affair with Obado. After i found out, i tried to talk her out of it but she never listened to me", she said.

The late Sharon Otieno who is reported to have had an affair with Governor Obado was found dead in a bush by police officers who had launched an investigations after she allegedly went missing under unclear circumstances. 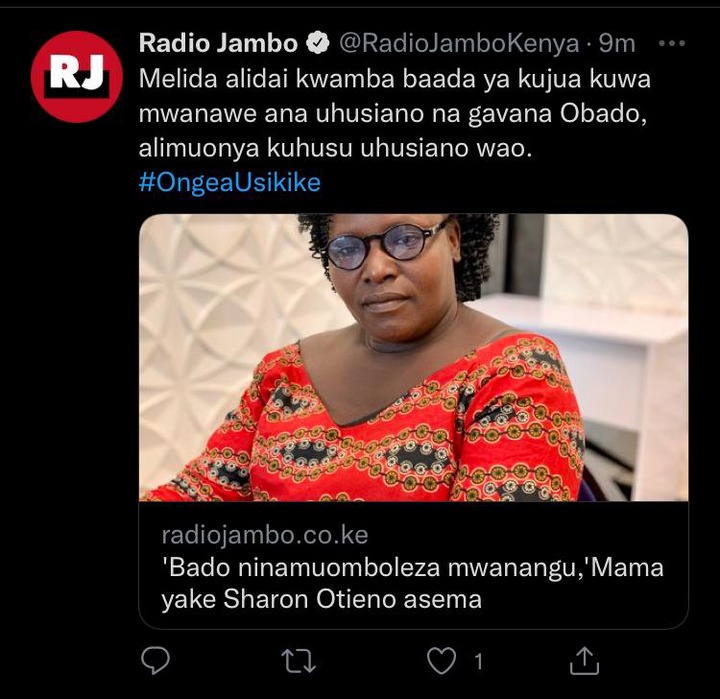