Ben Githae Composes A Song For His Preferred 2022 Presidential Candidate, Below are the Lyrics 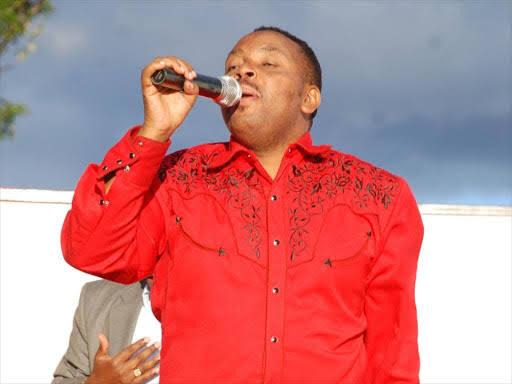 In his own words, Ben Githae claimed that just like any other Kenyan, he has the right to choose and switch sides when it comes to politics.

While reacting to this song, kenyans who took to their different social media accounts to express their opinions and suggestions on the matter have called out the renowned gospel singer accusing him of engaging in politics despite the fact that he was a singer. For these kenyans, they claimed that it was not okay for him to choose sides and instead urged him to pray for the country as well as release inspiring songs.

However, majority of Kenyans who also expressed their opinions and suggestions on the matter have congratulated him for doing this. With this in mind, they claimed that it was okay for him to do as he wants due to the fact that he is a Kenyan citizen with rights. 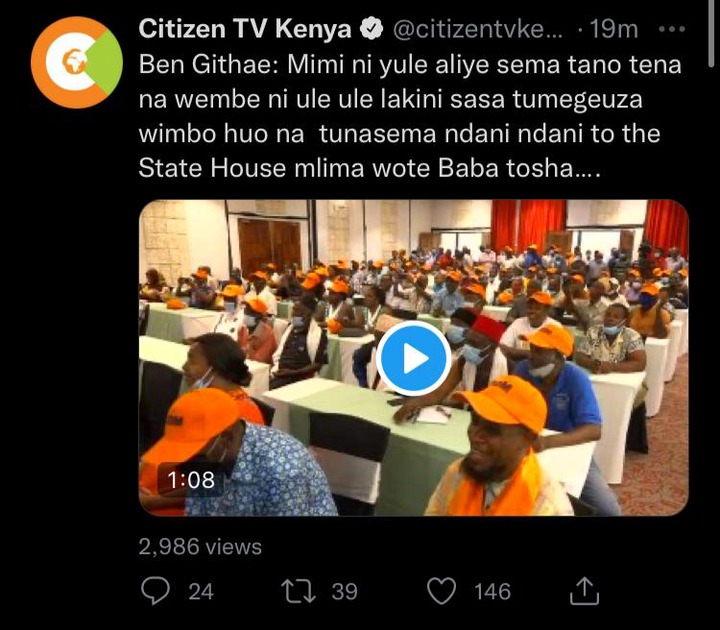 After Claiming That Ruto Will Not Be The President Atwoli Convenes A Mega Rally, Reveals His Plans

"Don't Use Parables, Endorse Mzee" Duale tells Uhuru After his Speech in Nakuru

Joining ODM? Reactions After Martha Karua Commented on Raila's Pledge to Kenyans if he Wins in 2022