By Willis Kenneth (self media writer) | 1 month ago

Political analyst again has caused stir online through his YouTube channel Herman Manyora was hosted live with Jadiel Kabiro. The interview which was conducted late night, Manyora shared out strategies that Raila is using to win the upcoming elections. 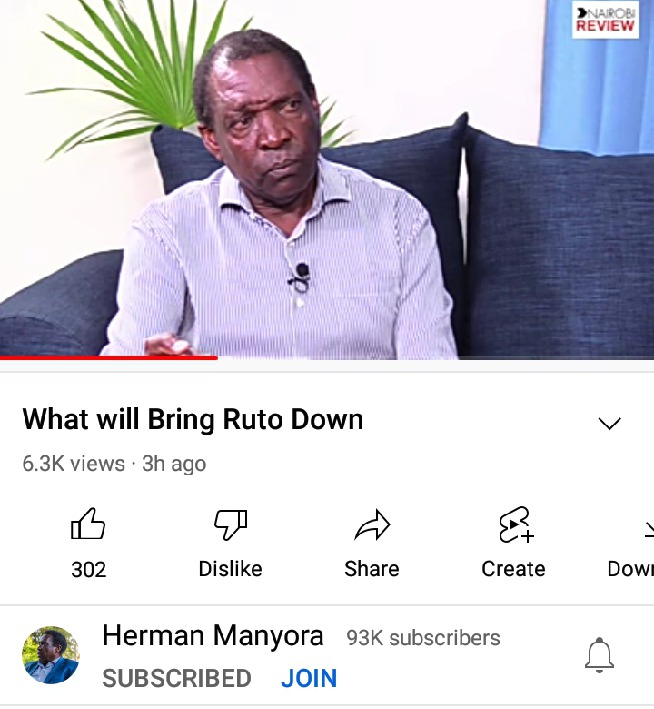 First Manyora said that Raila is very clever since he has visited Mount Kenya region and assured them that he is at the right place to help them to solve their problems by using his past history in important roles he played while he was in government. Furthermore, Manyora said that also Raila has assured Kenyan's that if they elect him come August nine elections he will make sure that his government is free from corruption.

Manyora also said that Raila and his allies are in front line of giving Kenyan's hope that they will end corruption first before doing other things. Herman Manyora said that something which Ruto is not focusing on his campaign he says that economy first. According to Manyora you can't have economy first before solving issue of corruption. Do you agree or disagree with Herman Manyora remarks about Ruto?. Below is a YouTube link video with full evidence.

Content created and supplied by: Willis Kenneth (via Opera News )

"I Will Table Bills to Protect Poor Aspirants, The IEBC When We Resume Parliament" Ruto Ally Says