Mutua Explains Why Ruto Shouldn't be Allowed Near Power 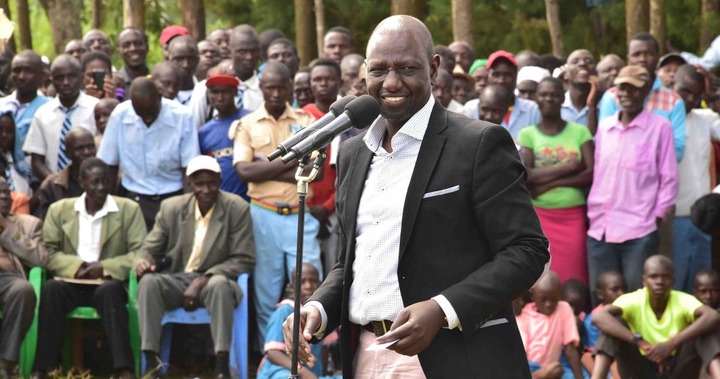 Machakos Governor Alfred Mutua now claims that Deputy President William Ruto is not the good man some people around the country might think he is.

Ruto is among his opponents in the 2022 general elections, considering that both have declared interest in succeeding President Uhuru Kenyatta.

But he has said that there are some things the DP stands for that are not good for the country but which only people who have worked with him can know.

He argues that having worked with the DP during the Grand Coalition government, he knows him too well to know that he shouldn't be allowed near power.

“Ruto, on the other hand, is a person I would not wish to see steering this country. Having served as a government spokesperson during Kibaki’s regime, I know the things he stands for," he told The Standard. 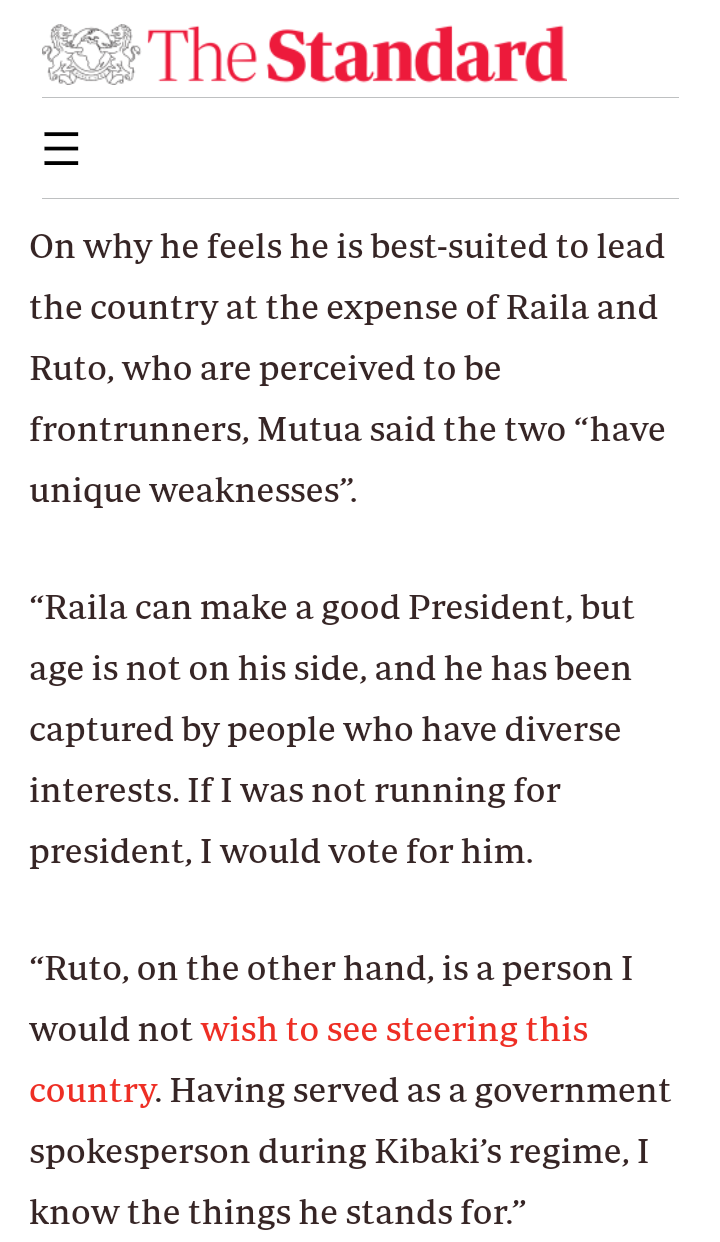 But despite this, he admits the DP remains popular and can appear either second or third in 2022, after him and possibly ODM leader Raila Odinga.

About Raila, he is of the opinion that the former Prime Minister has served this country for long enough and should let others take over from where he has left.

He admits that the veteran politician is a good leader, but opines that he is now under the capture of other people, apparently Mt Kenya Tycoons and the 'Deep State', and should also not be elected.

“Raila can make a good President, but age is not on his side, and he has been captured by people who have diverse interests. If I was not running for president, I would vote for him," he adds.

For him, he is the man to take over from Uhuru, stating that his seriousness can be seen in the fact that he was among the first people to launch their bids, which he did in September last year.