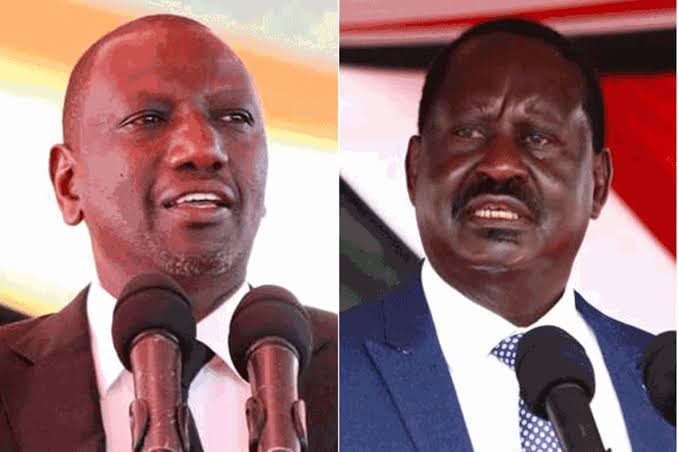 As the country heads to the August 2022 general election, many Kenyans have been claiming that the presidential race is beyond all other candidates and thus, it will be a two horse race only between former Prime Minister Raila Odinga and Deputy President William Ruto.

The two leaders have been facing off and their rivalry has been intensifying ahead of the much awaited August poll as both camps tries had to lure as many people as possible to their side and today, Raila Odinga and his supporters were given a reason to smile after Senate majority leader Samuel Poghisio broke lose and revealed him presidential candidate.

Through his official twitter account, Samuel Poghisio revealed that Raila Odinga is his presidential candidate as he stated that the journey has stated for Baba to become the 5th President of the nation. He went on to say that on 9th August, Raila will be the President while Martha Karua will be the first ever female Deputy President in the country. 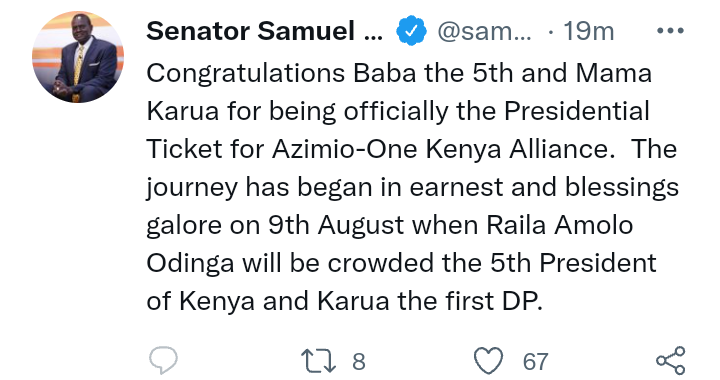