Gachagua Told What Was Going To Happen To His Ksh 7.5B Case Had Raila Won 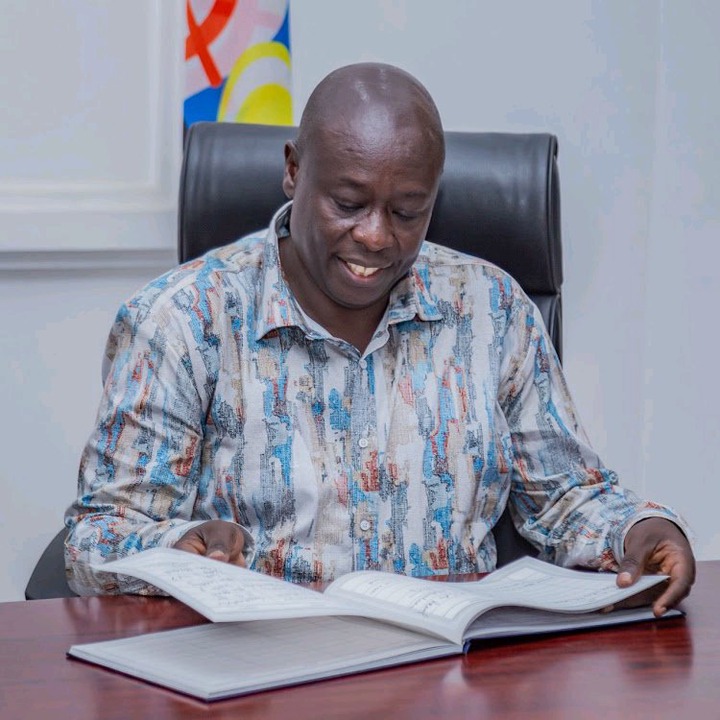 Deputy President Rigathi Gachagua's graft case was not dropped because he is innocent but because of other reasons, Siaya governor James Orengo claims.The Director of Public Prosecution recently applied to have a Sh7.5 billion case against the DP withdrawn, which was earlier in the week accepted by court.

Orengo now says that Gachagua is simply getting away because of his new office as the country's Second in Command and nothing else.

Speaking in Rarieda, Siaya on Saturday, he said that Gachagua's case would have been pursued to the end had himself and President William Ruto not won.

"I can tell this without fear of contradiction, if Gachagua was not deputy president his case would not have been withdrawn. It is being withdrawn because of his state title. That is an abuse of the criminal justice system," the first term county chief said as is quoted by Citizen Digital. 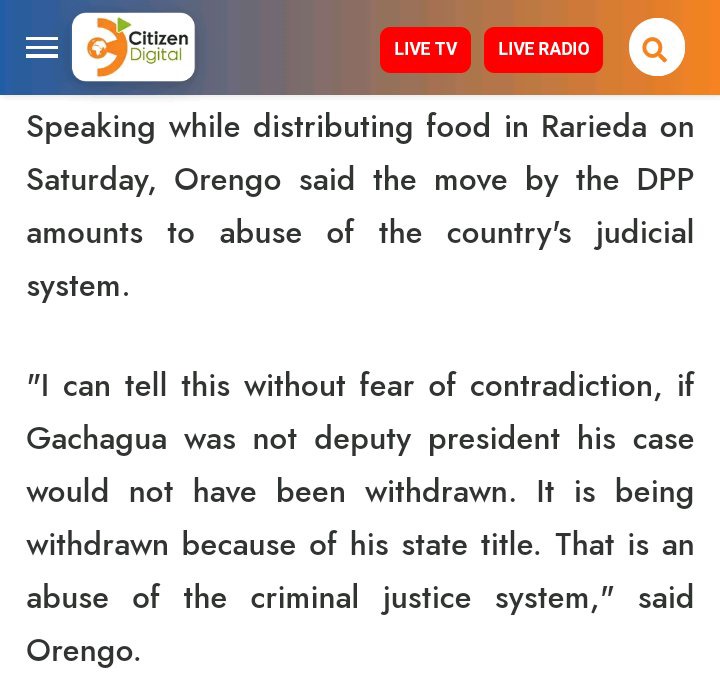 He made the remarks while bashing DPP Noordin Haji for bending the law in favour of the selected few simply because they hold big offices.Orengo added that nothing of this kind will happen to ordinary Kenyans, whom he claimed are viewed by the government as lesser beings.

"There are many Kenyans who have cases before courts of law whose suits do not deserve to be there but there cases will not be withdrawn because they are lesser beings. The institutions of justice must remain true and courts must examine all cases properly before they are withdrawn," he added.

Gachagua has held that he never stole anybody's money, and that the case was imposed on him for opposing former President Uhuru Kenyatta.

Content created and supplied by: Jaycey (via Opera News )