Namwamba Makes This News that Has Excited Governor Ojaamong, Busia

By HabarIbuka (self media writer) | 7 months ago

The Chief Administrative Secretary in the Ministry of Foreign Affairs Ababu Namwamba has pledged to support Busia Governor H.E Sospeter Ojaamong as he strives to leave a legacy after his second and last term at the helm of the county leadership.

Speaking during the marking of the International Day of Yoga at Che's Bay in Bunyala West Ward on Friday, Ababu said leadership is all about working together with all leaders in the county including Members of the County Assembly, the Deputy Governor and the Governor.

"That is the best way to develop. I salute H.E Ojaamong for his close working relationship with President Uhuru Kenyatta, foreign ambassadors in Kenya, Cabinet Secretaries, opposition Members of the County Assembly of Busia and many other dignitaries," he said.

Abwabu added: " The Che's Bay declaration is that I will walk with H.E Ojaamong and other like minded leaders including the Deputy Governor and opposition MCAs in the county who support the county government in realizing its development agenda.

Ojaamong lauded Ababu for his connectivity in influencing investors to come and invest in the county which he said have borne fruits, noting that it had improved the county's economy.

The Governor thanked President Uhuru Kenyatta for honouring the county by appointing Ababu as CAS, adding that he is ready to sit with him (Ababu) to chat the way forward for the county.

He appreciated his Deputy H.E Moses Mulomi for being steadfast in discharging his duties describing him as non-tribalist and very sincere man who deserves special consideration.

Hon Ababu also showered H.E Mulomi with praise for relating well with the Governor and his dedication to duty, a feat he said had seen the Governor give him liberty to work.

"Those who value performance, substance and character you can count on me. H.E Mulomi, continue discharging your duties diligently to realize the dreams of county residents in terms of improved service delivery," he said.

H.E Mulomi thanked the Governor for giving him a free hand to serve the people of Busia, assuring county residents that he is now ready to move to the next stage of succeeding H.E Ojaamong as the next Governor of the great people of Busia. 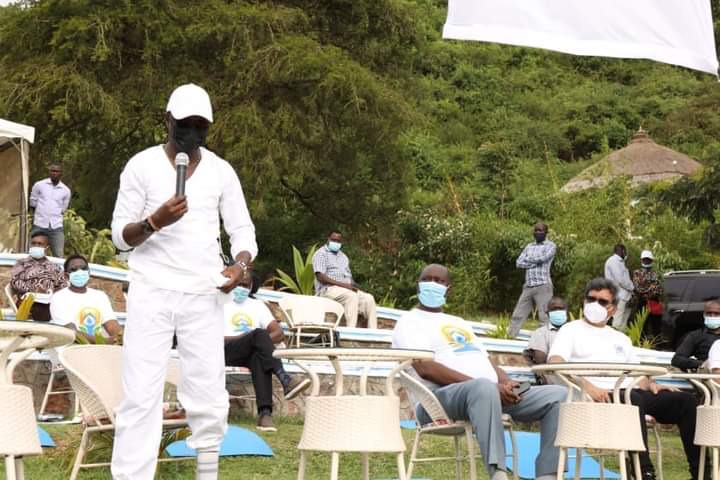